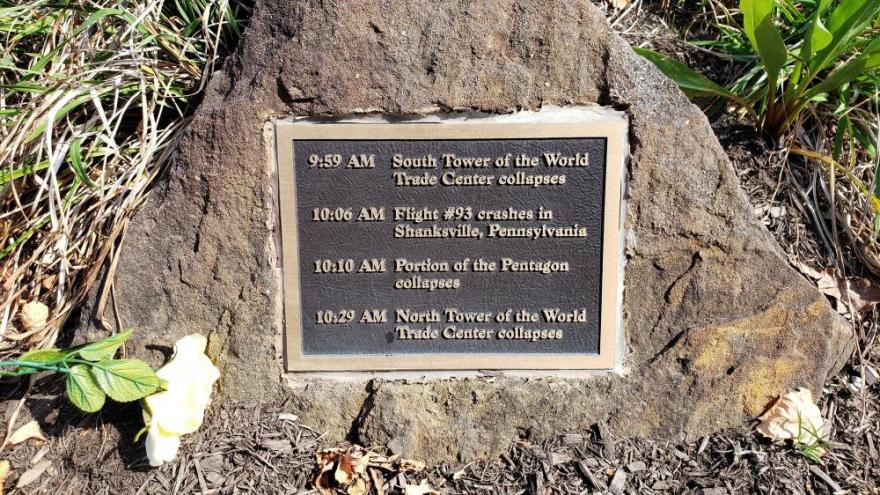 (CNN) -- Police are looking for whoever is responsible for stealing 9/11 remembrance plaques from a memorial in New Jersey just a few weeks after the world marked the 18th anniversary of the terror attacks.

The Atlantic Highlands Police Department is investigating after three bronze plaques from the Monmouth County 9/11 Memorial on Mount Mitchill went missing between Wednesday and Thursday, according to police. Now the park is left with one.

The plaques are one of three memorials at Mount Mitchill, a park in Atlantic Highlands, dedicated to reflection and remembrance of the day's events.

Each plaque has a timeline of the events from the morning of 9/11 inscribed on it. The plaques were wedged into boulders that mark the pathway toward the park's scenic overlook.

The memorial includes the names of 147 Monmouth County residents who died during the attacks.

It's unclear whether the parks department will replace the memorial plaques.

CNN has reached out to the Monmouth County Parks Department but has not heard back.

Monmouth County Crime Stoppers is offering a cash reward of $5,000 to anyone with information leading to the arrest of the responsible party.