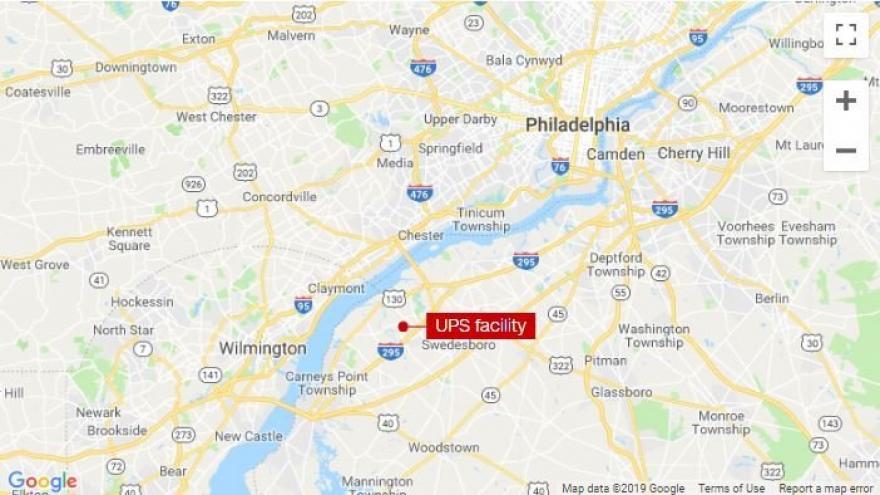 Gloucester County Prosecutor Charles Fiore says the suspect was apparently shot and injured, but the women were unharmed in the situation Monday at the supply chain processing facility in Logan Township, about 20 miles (32 kilometers) south of Philadelphia.

Employee Allen Anthony Dowling tells The Associated Press he heard a fellow worker say someone had a gun. Dowling says he then heard what he thought was a gunshot and began to run along with other employees.

Fiore says there was apparently a prior relationship between the gunman and one of the women he took hostage.

Police swarmed the area in the morning and evacuated employees.

Armed officers can be seen crouching behind one of the vehicles.

A person answering the phone at the township police department says it is an active shooter situation, but didn't give further details.