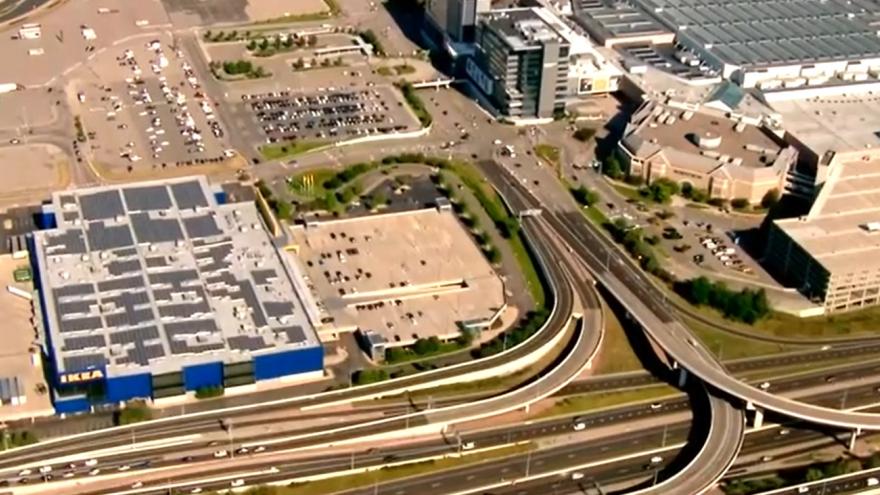 (CNN) -- Police are searching for suspects after gunshots were fired into a crowded store in the Mall of America on Thursday, authorities said.

"Fortunately, at this time, it doesn't appear that anyone was injured," Bloomington Police Department Chief Booker Hodges said at a news conference. The store was "full of people," he said.

"After reviewing video, we observed two groups get into some type of altercation at the cash register in the Nike store," Hodges said. "One of the groups left after the altercation, but instead of walking away, they decided to demonstrate a complete lack of respect for human life. They decided to fire multiple rounds into a store with people."

The suspects, who are described as young adults, fled the scene, according to Hodges, and preliminary information indicates only one person fired three shots.

"Please turn yourself in," he said. "But should you choose not to, our officers, our partners, our detectives will not stop until we lock you up," he said.

Police believe this is an isolated incident and there is no danger to the public at this time, according to Hodges.

The mall, America's largest, went into lockdown after the incident, and was later closed for the day but will re-open on Friday, according to Mall of America spokesperson Dan Jasper.

"These brazen incidents will not be tolerated. State resources are on the scene, we have offered our full support, and we will maintain close communication with Bloomington police to apprehend those responsible," the governor said in a statement.

The mall, which is celebrating its 30th anniversary this month, boasts more than 500 stores, Nickelodeon Universe, more than 50 dining options, dozens of attractions and two hotels, according to the owners.

The massive shopping and entertainment complex is located in Bloomington, about 10 miles south of downtown Minneapolis.