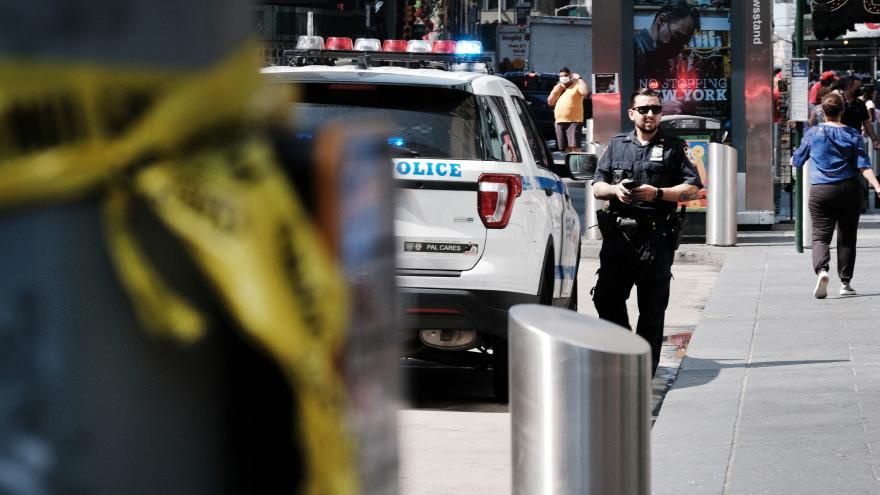 (CNN) -- After a shooting in Times Square this weekend, New York City Mayor Bill de Blasio has vowed to address safety by increasing the number of police officers patrolling the area.

"We're announcing today the Times Square Safety Action Plan to make sure that anyone who goes to Times Square knows they're safe and they're going to see plenty of police presence," de Blasio said at a news conference Monday.

New York Police Department Detectives Chief Rodney Harrison said that, following this weekend's shooting and another in May, it was important to boost policing in Times Square and to try to "engage some of the issues we're seeing with ... soliciting or aggressive panhandling of CDs."

A 21-year-old man was the unintended victim of a shooting in Times Square on Sunday evening, according to police. Two women and a 4-year-old girl were injured in the May 20 shooting.

Harrison said the NYPD is also looking for new ways to combat crime in Times Square by bringing in undercover officers.

"The bottom line is we are going to flood the zone in Times Square with additional officers to make sure this situation is resolved once and for all," de Blasio said.