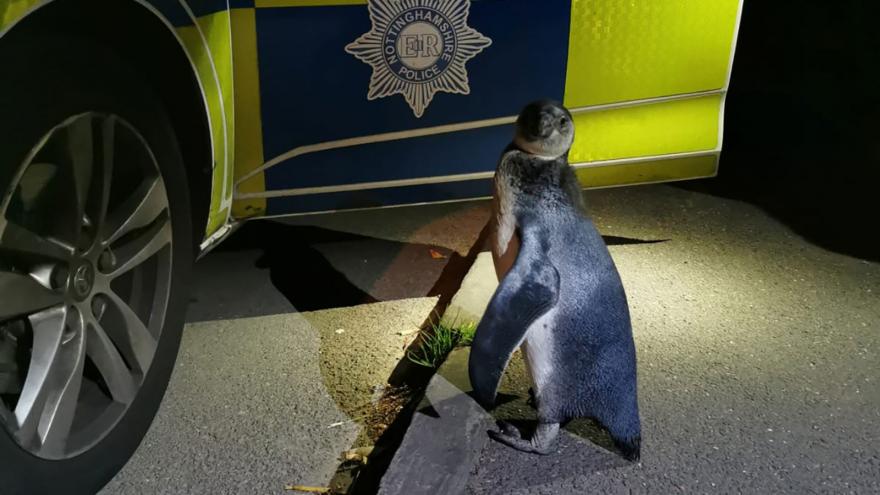 (CNN) -- Police in central England were surprised to find a penguin waddling along a village street on Sunday morning.

Officers patrolling in Strelley, Nottinghamshire, spotted the small bird "marching" in the middle of the road, according to a police statement sent to CNN Monday.

Police "quickly moved to question him on what he was doing walking in the middle of a road," according to the release, before returning the Humboldt penguin to his home on a farm around a mile away. 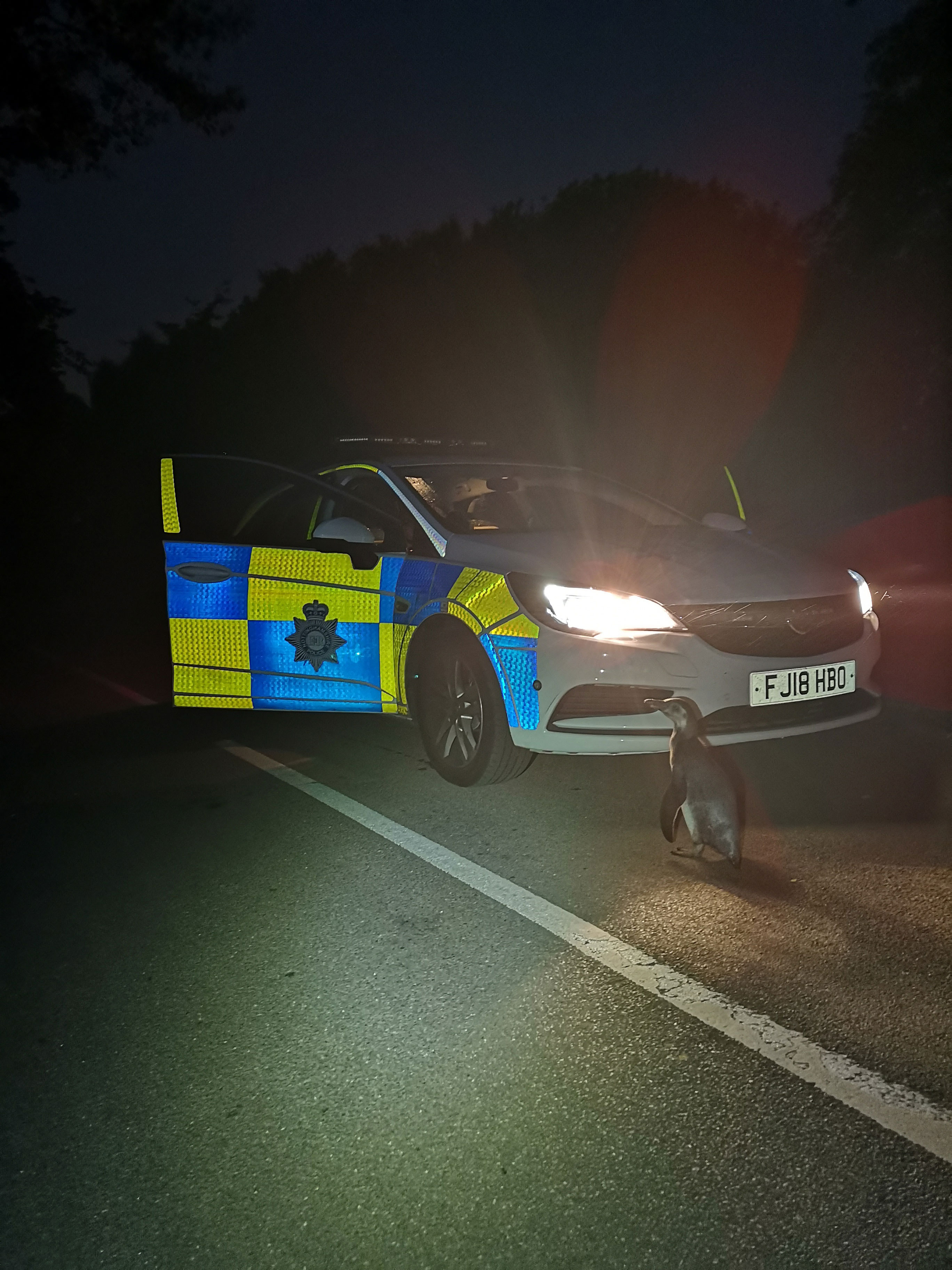 "We were very surprised when we came across a penguin on our shift," said Police Constable Gareth Philp of Nottinghamshire Police.

"We see some very interesting things while out on patrol, but a penguin walking up the middle of the road has to be one of the more bizarre findings we have come across."

Philp said he and his colleagues nicknamed the penguin Po-Po.

"He posed for some pictures with us and he was very friendly with our officers while we made contact with his owner," said Philp.

Inspector Gordon Fenwick of Nottinghamshire Police said: "Our officers are trained to deal with a variety of incidents with complex demands and it is great that we quickly reunited the penguin with their owner." 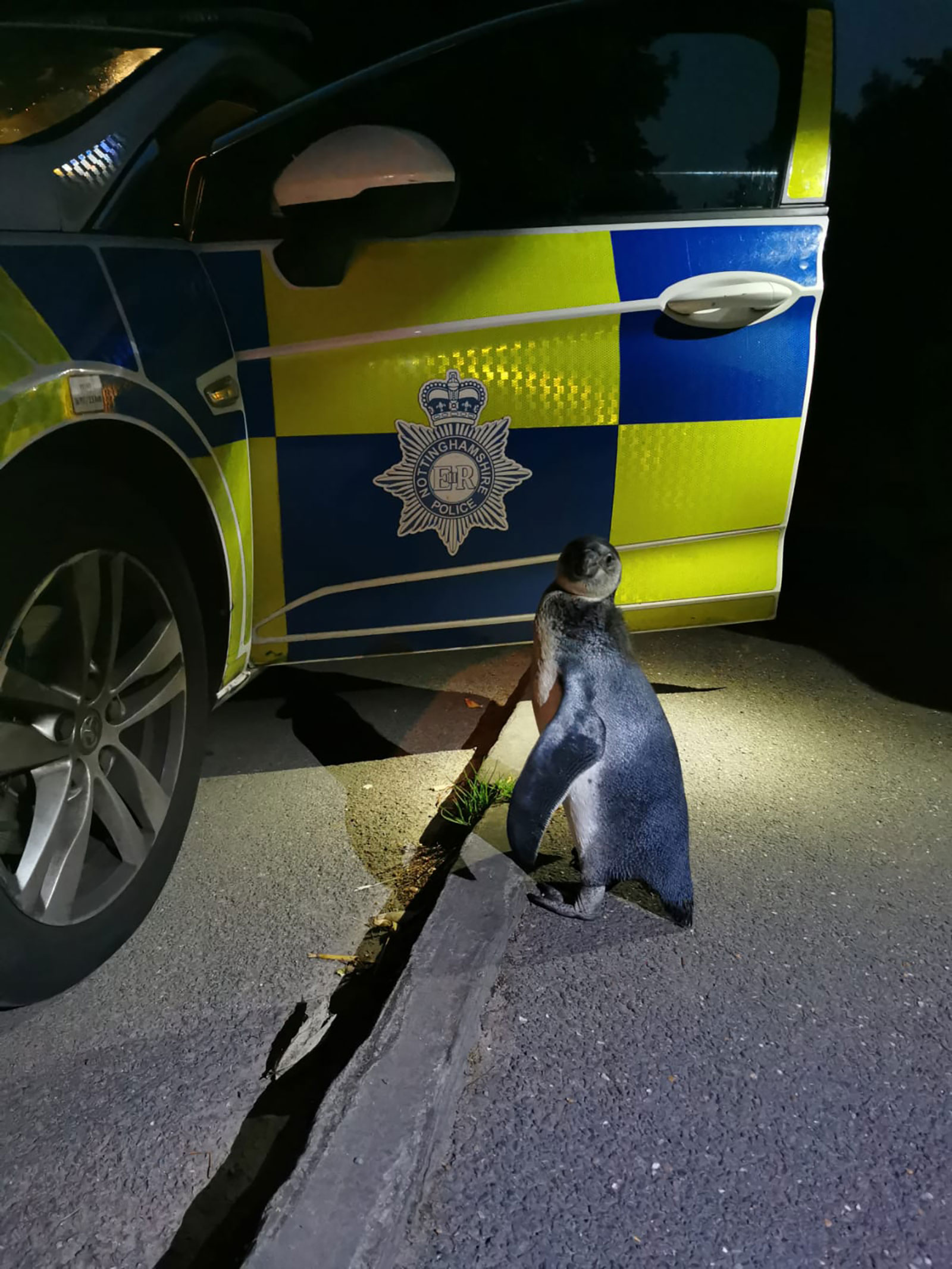 Humboldt penguins are native to South America and live on the Pacific Coasts of Chile and Peru, according to the Smithsonian Institution.

In 2016, a family in the northern Peruvian town of Chimbote feared they were being burgled after hearing a commotion in their kitchen, and jumped out of bed to find a medium-sized Humboldt penguin searching for food.

Local authorities eventually removed the penguin and escorted him in a police car to a lagoon at a zoo.