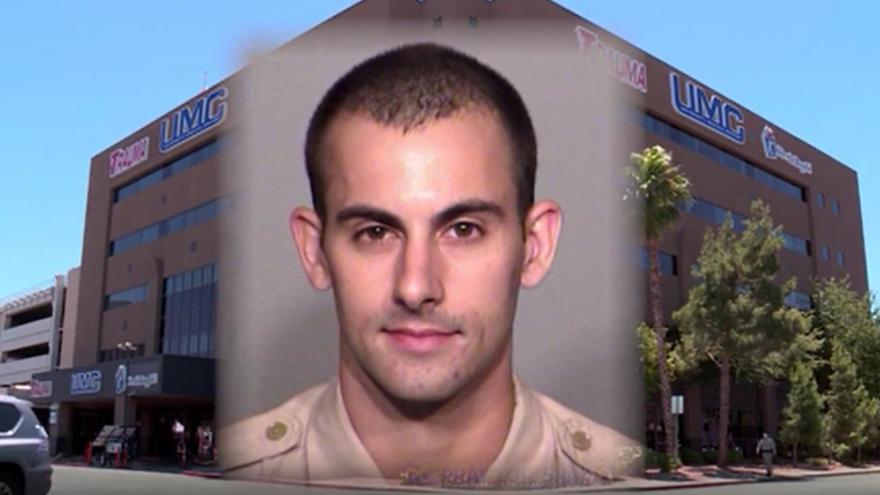 LAS VEGAS (AP) — An officer who was shot in the head during a Las Vegas protest of the death of George Floyd in Minneapolis is paralyzed from the neck down, on a ventilator and unable to speak.

Officer Shay Mikalonis was shot on June 1 during protests over the death of Floyd at the hands of police.

The officer's family released a statement Saturday through the police, saying the 29-year-old is expected to stay on the ventilator. He has been tentatively accepted at a spine rehabilitation center.

A 20-year-old man is charged in the shooting. An appointed public defender says his client will plead not guilty.