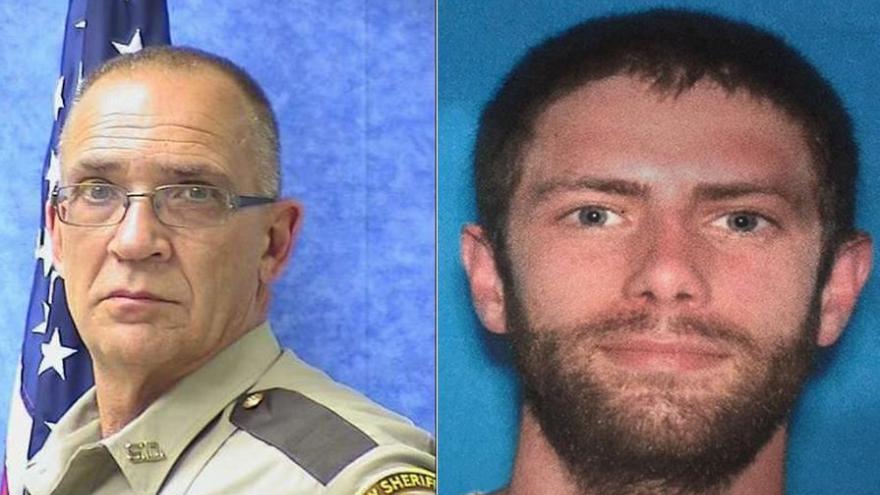 (AP) -- Hunting has been suspended in three Maine towns as the manhunt continues for the fugitive police seek in connection with a deputy sheriff's fatal shooting.

LePage said the move is to "ensure the safety of the public and our law enforcement officers."

Police are on their third day searching for 29-year-old John Williams in and around the heavily wooded rural community of Norridgewock, about 60 miles (96 kilometers) west of Bangor.

Somerset County Cpl. Eugene Cole was shot and killed early Wednesday morning. A viewing will be held May 6. A funeral is planned for May 7.

Somerset County Cpl. Sheriff Eugene Cole was killed at about 1:45 a.m. on U.S. Route 2 in Norridgewock about 60 miles (96 kilometers) west of Bangor, state police said. His cruiser was driven to a Cumberland Farms store, which was robbed.

Aircraft and armored vehicles were seen around Norridgewock and schools were locked down as federal, state and local law enforcement officials searched for 29-year-old John Williams, of Madison, Maine, who remained on the loose after abandoning the stolen cruiser, state police said Wednesday.

"Many times we're able to say that there is not an ongoing threat, but that's not the case today," said State Police Lt. Col. John Cote at a news conference. "There certainly is an ongoing public threat. He's considered armed and dangerous."

Several Somerset County officers arrived on scene within 10 minutes after the robbery and the cruiser was found abandoned shortly after 5 a.m. in another part of the town. It wasn't known if the man was driving another vehicle.

Police said Williams is 5-foot-6, 120 pounds with blue eyes and brown hair in a ponytail.

Residents of the town of about 3,500 people were urged to be vigilant. There are heavy woods in the area.

"We're a little on edge. It's unnerving knowing there's a guy running around out there," said Tasha Raymond, who was home with her two children.

Republican Maine Gov. Paul LePage expressed his "deepest condolences" to Cole's family in a tweet. Cole had a son.

Our deepest condolences go out to the family of fallen Deputy Sheriff Corporal Eugene Cole. If you live in Somerset County and the surrounding area, please cooperate with law enforcement and stay safe.

"If you live in Somerset County and the surrounding area, please cooperate with law enforcement and stay safe," he said.

Sheriff Dale Lancaster called the 13-year veteran of the department an "outstanding employee, one of the finest deputies."