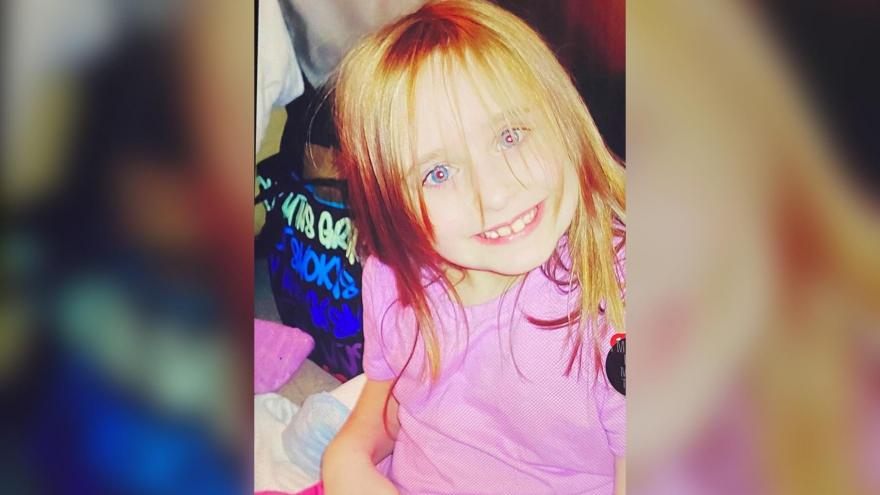 (CNN) -- The body of 6-year-old Faye Swetlik, missing since Monday after vanishing outside her home in South Carolina, was found Thursday, authorities said.

"It is with extremely heavy hearts that we are announcing that we found a body that the coroner has identified as Faye Marie Swetlik," said Chief Byron Snellgrove of the Cayce Department of Public Safety at a news conference.

Snellgrove said police are treating the case as a homicide.

"At this time no arrests have been made," Snellgrove said, adding "we need you to know that this is a fluid investigation and we are working diligently."

A deceased male was found during the search, the police chief said, and that the investigation is only beginning.

He assured residents that the area was safe and took no questions.

She arrived safely at home, but went missing

Faye was last seen playing in her front yard in Cayce after taking the bus home from school Monday. More than 250 officers and investigators have spent the last few days desperately searching for her.

The first grader at Springdale Elementary School got off her bus on Monday afternoon and safely arrived at her house in the Churchill Heights neighborhood, according to Cayce police Sgt. Evan Antley.

But sometime around 3:45 p.m., her family realized Faye was missing, he said.

Police were called around 5 p.m. and began a search with more than 100 law enforcement personnel, including search dogs. The number of searchers increased to more than 250 by Tuesday and the FBI assisted with the search.

Faye was last seen wearing a black shirt with the word "peace" on it, a flower print skirt and polka dot rain boots, according to the Cayce Department of Public Safety.

Police had previously asked that anyone who has a video security system similar to a Ring doorbell and lives in the Churchill Heights neighborhood to contact law enforcement.