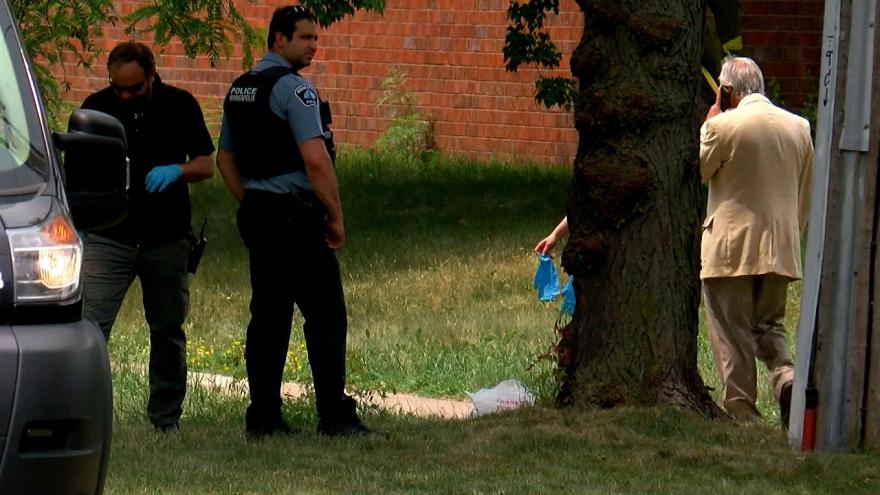 Police and other investigators check a site where body parts were found in Minneapolis on June 17.

(CNN) -- Minneapolis police say they have identified a man whose remains were found in separate locations in the city this week.

Remains of Adam Richard Johnson, 36, believed to be of Minneapolis, were found in two locations roughly two blocks apart in a northeastern section of the city Thursday, police said Friday.

The manner and cause of death have yet to be determined by a county medical examiner's office. Still, police investigators believe this was a homicide and are investigating it as such, Minneapolis police spokesman John Elder told CNN Saturday, without elaborating.

The first set of body parts was reported to police Thursday morning in a grassy area near the Mississippi River, Minneapolis police spokesman John Elder said. A passerby had found the remains, CNN affiliate WCCO reported.

While police investigated, they learned of a second set of body parts a couple blocks away, police said.

Even on Thursday, investigators suspected both sets belonged to the same person, and it appeared the person had died recently, Elder said.

Some parts still were missing. Search dogs were brought in, but no additional remains were found, Elder said Thursday night.