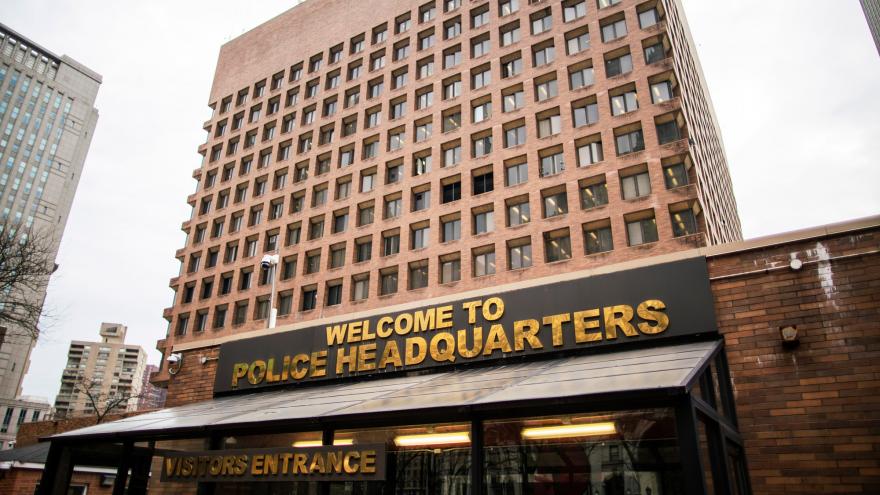 (CNN) -- A week after New York City painted a "Black Lives Matter" mural on a Manhattan street, groups associated with the pro-police movement "Blue Lives Matter" say they want one of their own.

Police advocacy groups Blue Lives Matter NYC and Standing Up for NYC have teamed up to call on NYC Mayor Bill De Blasio to paint a street mural near the New York Police Department headquarters at One Police Plaza.

"I think it was a positive form of action which will give people from all walks of life an option to express themselves and bring to light issues we as a nation need to come together to fix," Imperatrice said of the inspiration.

"The 'Blue Lives Matter' mural would raise awareness for both the physical and verbal abuse officers endure daily. It would also be a way to remember our fallen heroes who have lost their lives defending their cities," Imperatrice said. "Just as Black Lives Matter wants to bring attention to a subject, which they should, as are we."

The Blue Lives Matter organization, a loosely affiliated group of police officers and their supporters, emerged as a counter-movement to the Black Lives Matter movement after the 2014 killings of NYPD officers Rafael Ramos and Wenjian Liu. It has inspired some state-level legislation meant to make law enforcement a protected class under hate crime laws.

Those bills were criticized in 2018 by the NAACP, ACLU and others as a "political response" to national calls for police reform.

De Blasio approved "Black Lives Matter" street mural and he even participated in painting a small portion of it after President Trump tweeted that the mural would be "denigrating" Fifth Avenue.

The Black Lives Matter organization, the Mayor's office and the NYPD did not immediately respond to a request for comment from CNN.