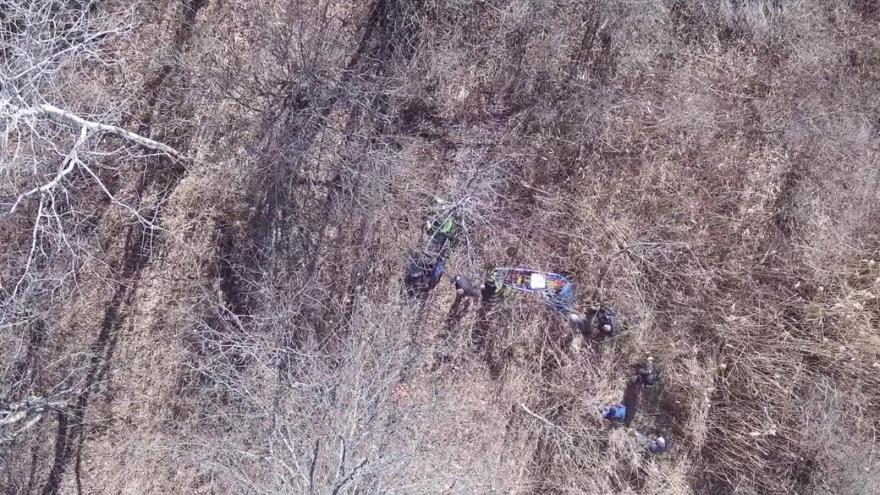 A 62-year-old blind man was found in the woods in Connecticut by a police drone after he went missing for about 33 hours, Enfield Police Department said.

(CNN) -- A 62-year-old blind man was found in the woods by a police drone on Saturday after he went missing for about 33 hours, a Connecticut police department said in a statement.

A brother of Richard Doty alerted the Enfield Police Department after not hearing from him since Friday morning, Lt. Bryan Nolan said.

"Due to the temperature, there was concern about hypothermia and it was clear that time was of the essence for a successful outcome," the Enfield Police Department said in statement on Facebook.

After searching for approximately 30 minutes with a drone, police said, they were able to locate Doty about 100 yards into the woods and down an embankment where he spent the night in temperatures around 9 degrees Fahrenheit.

"It is becoming more common for us to use drones," Nolan said. When asked why they focused on the woods, Nolan said they already knew from Doty's previous behaviors that he might have wandered there.

After he was rescued, Doty was transported to St. Francis Hospital in Hartford for evaluation and treatment, Nolan said. His condition was not immediately known, police said.

CNN has attempted to reach Doty's family members for comment.