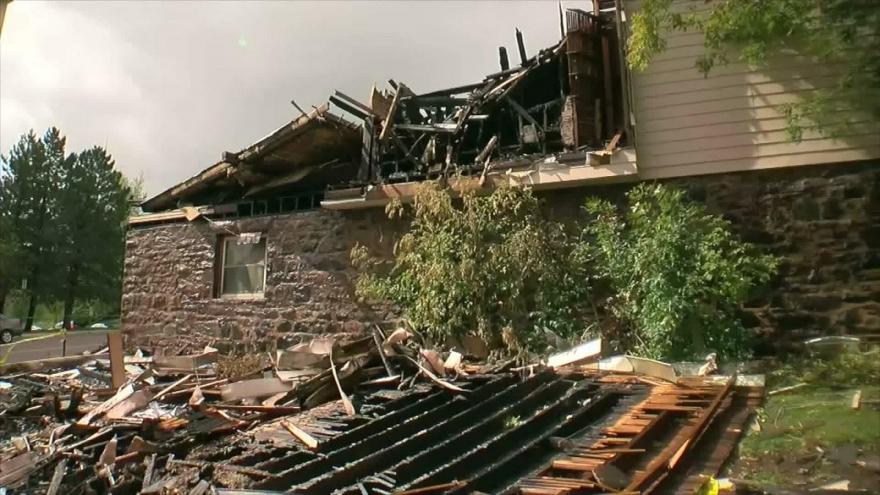 **Embargo: Minneapolis, MN** Police do not believe the burning of a nearly 120-year-old synagogue in Duluth, Minnesota, was a hate crime.

(CNN) -- Police do not believe the burning of a nearly 120-year-old synagogue in Duluth, Minnesota, was a hate crime.

Investigators have no indication that the suspect arrested, Matthew Amiot, was motivated by hate or bias, Duluth Police Chief Mike Tusken said in a Sunday news conference.

He did not provide an alternative motive but said the investigation remains ongoing.

"This may change as the investigation progresses," Tusken said. "But at this date and time, that is the determination that we have, that I have."

The ATF was called in to assist with the investigation, Duluth Fire Chief Shawn Krizaj said -- a standard move for fires involving places of worship.

Authorities determined the point of the fire's origin was outside the building, Krizaj said. There was no indication that an accelerant was used, he said. "That's usually an indication of people's intent. If they want to start a fire, accelerants are usually a common theme that we would find."

It's unclear whether Amiot is represented by an attorney.

'We're not out for vengeance,' rabbi says

Amiot, 36, was on investigators' radar as early as Monday, Tusken said. He was arrested Friday, interviewed, and booked in the St. Louis County jail for first-degree arson, he said.

Amiot has not been formally charged. He is scheduled to appear in court Monday.

Police have had "multiple contacts" and "there have been some arrests," Tusken said, but nothing as significant as an alleged arson.

"I will not speculate as to the man's motives," Sher said. "And as a matter of fact, I would warn everybody that you're innocent until proven guilty, and that's America as it should be."

"We're not out for vengeance," he added. "All I can find out of this event is sadness for everyone."

Sher praised the efforts of firefighters and police, calling their actions "heroic." Firefighters went back into the building, which was still on fire, Sher said, to save religious artifacts important to the congregation.

One firefighter was injured fighting the blaze, the fire chief said. He is recovering at home with symptoms of a concussion.