Police broke up a massive party of more than 1,000 people near Florida State University 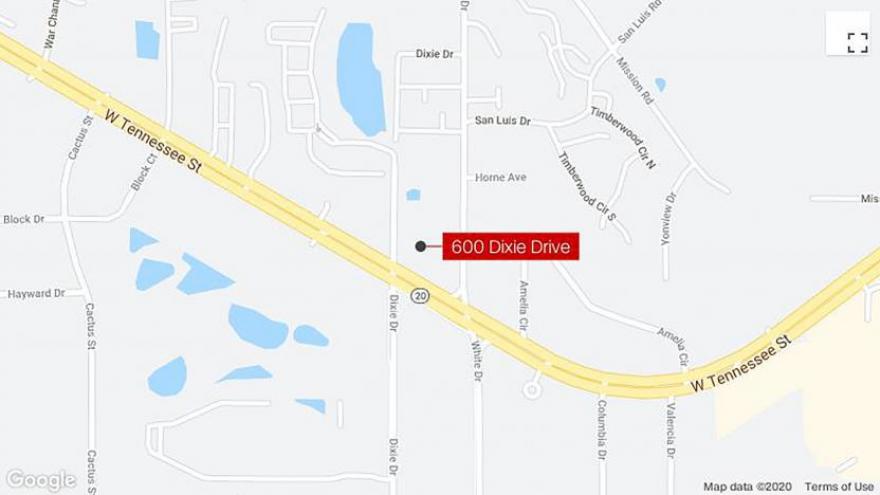 Police broke up a massive party of more than 1,000 people near Florida State University.

(CNN) -- Florida is opening up and its students are itching to party.

Police officers in Tallahassee, home of Florida State University's sprawling campus and three other universities, responded to more than a dozen calls in reference to large crowds last weekend, according to a statement from the Tallahassee Police Department.

One gathering at an off-campus apartment complex on Dixie Drive involved more than 1,000 people gathered outside along with 700 vehicles, police said. Officers arriving just before midnight were able to safely disperse the crowds with assistance from a Leon County Sheriff's Office helicopter. The apartment complex is about two miles from the FSU campus.

The massive party came as nearly 1,500 students have tested positive for the coronavirus since testing began August 2. Florida Gov. Rick DeSantis called for "some type of bill of rights for students" that would protect them from "draconian" punishments put in place to stop its spread, according to CNN affiliate WJXT.

"That's what college kids do, and they're at low risk," DeSantis said about the partying students. "And I just think that we've got to be reasonable about this and really focus the efforts on where the most significant risk is."

John Thrasher, FSU's president, appealed to students in a letter last month to wear masks and stay six feet apart, admonishing those who hosted or attended large parties or gatherings. FSU is currently seeing a downward trend in the number of positive Covid-19 cases, according to a school's spokesperson.

"The choices you make don't just impact you," Thrasher said in the September 18 letter. "They affect your friends, families, professors, FSU staff and the Tallahassee community at large, as well as our ability to hold in-person classes and future events and provide campus services."

On the first weekend after Florida's Gov. Ron DeSantis lifted the Covid-19 ban on restaurants, clubs and bars, businesses in some areas were jam-packed with pre-pandemic-sized crowds.

The governor's order now allows businesses to reopen at full capacity, and even though people are still encouraged to practice safety protocols like wearing masks and staying 6 feet apart, they really didn't take the advice.

There are at least 701,302 cases of coronavirus in Florida and at least 14,037 people have died, according to Johns Hopkins University's tally of cases in the United States.

But Florida health officials reported 738 new cases of Covid-19 on Monday, the state's lowest reported number since the beginning of June. The state's total number of reported cases now stands at 701,302, according to the Florida Department of Health.

The last time the state reported under 1,000 new cases was the first week of June, according to Johns Hopkins.