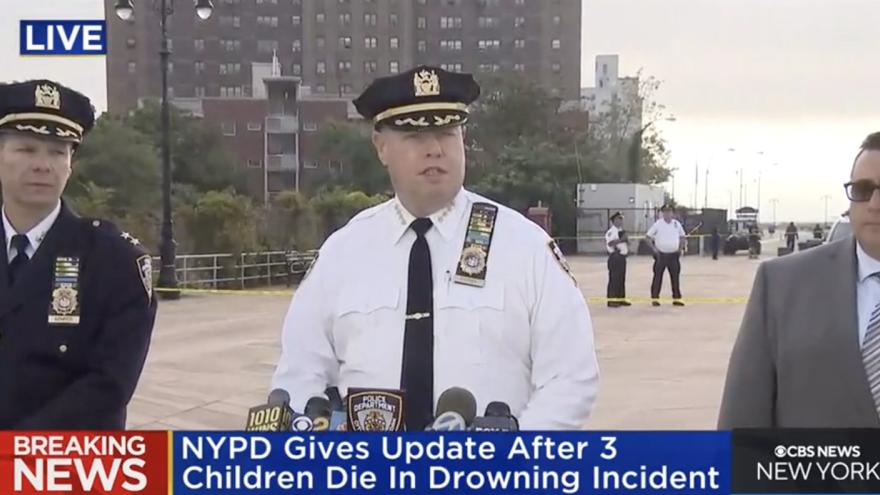 NEW YORK (AP/CNN) — Police say three children have died after being found on a New York City beach and authorities believe the children may have been drowned by their mother.

Chief of Department Kenneth Corey says the 7-year-old boy, a 4-year-old girl and a 3-month-old boy were found on Brooklyn's Coney Island beach shortly after 4:30 a.m.

They were taken to a nearby hospital and pronounced dead there.

The children's 30-year-old mother had been picked up earlier about two miles away. She was being questioned at the local stationhouse.

The investigation started with a 911 call from a concerned family member.