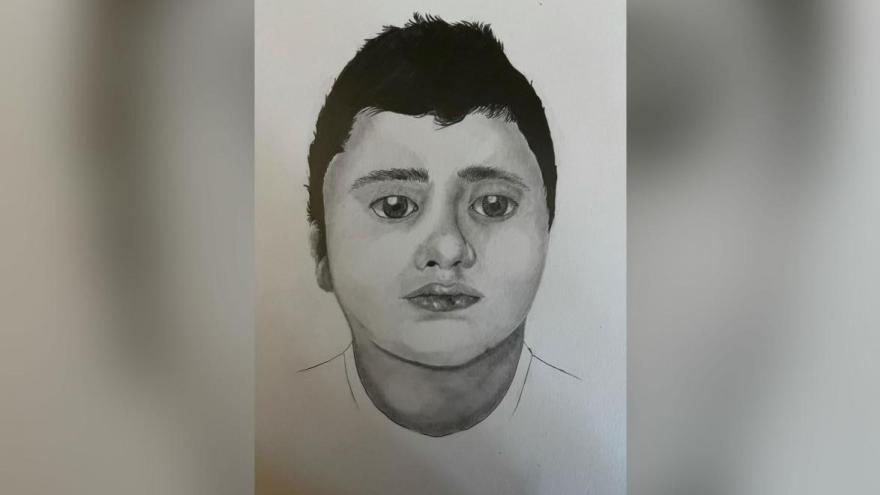 The boy was found in a forested area southwest of central Las Vegas around 7:45 a.m. local time Friday.

(CNN) -- Authorities in Las Vegas are asking for the public's help to identify a boy found dead on a trail near the city, after a woman mistakenly identified him as her son.

The body of the boy, believed to be between the ages of 8 and 12, was found by hikers near Las Vegas last Friday morning.

On Thursday, authorities released a digitally enhanced portrait and side portrait of the victim and announced a reward of up to $10,000 for information leading to the identity of the boy or anyone involved in his murder.

After a sketch of the boy was initially released to the media, a woman contacted police, saying it resembled her 8-year-old son, according to Las Vegas Metro Police Department Lt. Raymond Spencer.

The mother later positively identified the boy after detectives showed her photos of his body, according to Spencer.

The identification prompted an Amber Alert for the boy's 11-year-old half-brother, who had last been seen about 9 p.m. Thursday with the 8-year-old brother and their father, according to Spencer.

Saturday morning, after a news conference by the Las Vegas Metropolitan Police department, officers received information that the boy who was thought to be dead was actually camping with his father and 11-year-old brother "in an area of central Utah that was outside of cellphone reception," a statement from the LVMPD said.

Officers confirmed the boys and their father were safe, the statement said.

"It appears the mother and other family members misidentified the victim of the homicide as their family member," the statement said.

Police are now "devoting all available resources" to identify the boy found dead on the trail, the LVMPD statement said.

"Detectives are currently working with the National Center for Missing and Exploited Children to develop a digitally enhanced picture of the victim. We are still asking for the public's assistance to identify the victim of the homicide," the statement said.

The boy found early Friday was discovered lying in a forested area of Mountain Springs Trailhead near mile marker 20 on State Route 160, according to Las Vegas police. The area is about 25 miles southwest of downtown Las Vegas.

Shortly after the boy was found around 7:45 a.m. (10:45 a.m. ET) Friday, medical personnel pronounced him dead at the scene, police said.

Authorities are not releasing information about injuries to the body, Spencer said. The boy's cause and manner of death will be released by the Clark County coroner's office.

"The investigation conducted by LVMPD Homicide Section indicates that the victim may have been placed in the area in the last 12 hours," the police department tweeted.