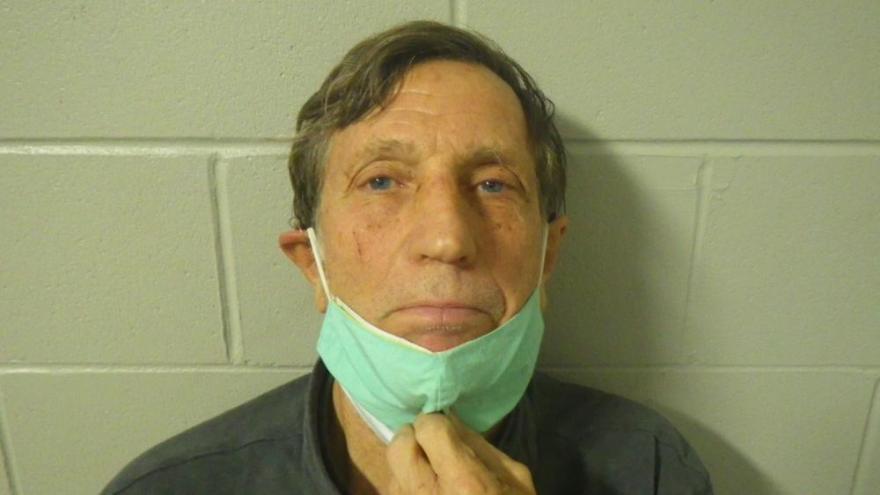 Hale Powell, 71, was charged with assault and battery and false threat of a biological agent, Ashburnham Police said in a statement.

(CNN) -- Massachusetts police have arrested a man who told two hikers who weren't wearing masks he had Covid-19 and spat at them several times.

Hale Powell, 71, was charged with assault and battery and false threat of a biological agent, Ashburnham Police said in a statement.

Powell is accused of spitting on two hikers who were not wearing masks last week at the Hudson Overlook on the Midstate Trail in Ashburnham, calling them selfish and "completely irresponsible."

Face masks or cloth coverings are required in all public places in Massachusetts, indoors and outdoors, even if people are able to maintain six feet of social distancing, according to a revised November 6 order from Gov. Charlie Baker.

Powell pleaded not guilty to the charges in Winchendon District Court on Tuesday, according to a statement from the Worcester County District Attorney's office. CNN has reached out to Powell and his attorney, Robert Normandin, for comment.

Powell was released on his own recognizance and ordered to have no contact with the alleged victims, get a Covid-19 test and quarantine for 14 days, according to Assistant District Attorney Marc Dupuis. Those test results will be shared with the court and the two victims, Dupuis added.

Powell was arrested without incident at his home in Westford Tuesday, police said.

The arrest comes as cases of Covid-19 surge across the country, largely driven by people without symptoms gathering indoors without masks, doctors say. As of Tuesday, there are at least 12.5 million cases nationwide and more than 259,000 people have died in the US since the pandemic's start -- more than any other country by far, according to data from Johns Hopkins University.

In a video of the incident, the man can be heard asking the two hikers "You're not wearing a mask?" when one of the women interrupts him.

Moments later, he turns around and says "Selfish is what it is, completely irresponsible."

"Okay, thank you so much for your input," the woman responds.

The man keeps walking away but pulls his mask down, turns around and begins to walk back toward the women. The woman with him tries to grab his arm to stop him, but he continues toward the other two hikers.

He then laughs and walks away.

Police said they received "numerous tips" from the public and that their investigation is ongoing.