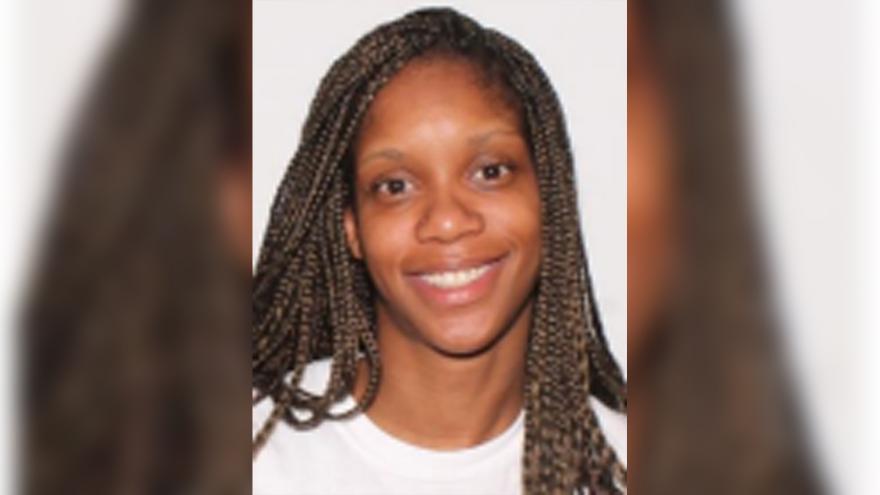 (CNN) -- Police in Florida have arrested the boyfriend of a woman who was last seen more than a week ago in an area northwest of Tampa.

"Our hearts and prayers pour out to the family and friends of Kathleen Moore. I know you were all searching for a better resolution, and we all were, but unfortunately, this is what we have," Nocco said.

Detectives are asking Knapp to tell them where to find Moore, but he's not answering questions about her whereabouts, Nocco said.

Knapp, who is being held at the Pasco County Detention Center, has requested an attorney and is expected to be arraigned Tuesday afternoon, according to Pasco County Sheriff's Office Sgt. Michael Rosa.

Based on their investigation, authorities searched the contents of a dumpster from the restaurant where Knapp works and discovered blood identified as Moore's on clothing that belonged to Knapp, Rosa said, noting the amount of blood found suggests Moore has died.

According to Nocco, investigators learned Moore and Knapp were seen arguing the night of November 28 while out with friends in nearby Pinellas County.

Knapp told investigators the couple got into another argument at his home in New Port Richey after midnight, and Moore left before he went to the restaurant where he works "to complete a meat inventory order" around 1:30 a.m., Nocco said.

Investigators have no evidence that Moore ever left Knapp's home, the sheriff said.

The sheriff's office has received many tips and calls about the case and the sheriff asked for the public to continue providing tips.

"If there's one thing that I can tell the family is that Kathleen was absolutely loved by this community," Nocco said.