Police are searching for 1-year-old after finding mother dead in an Ansonia, Connecticut, home 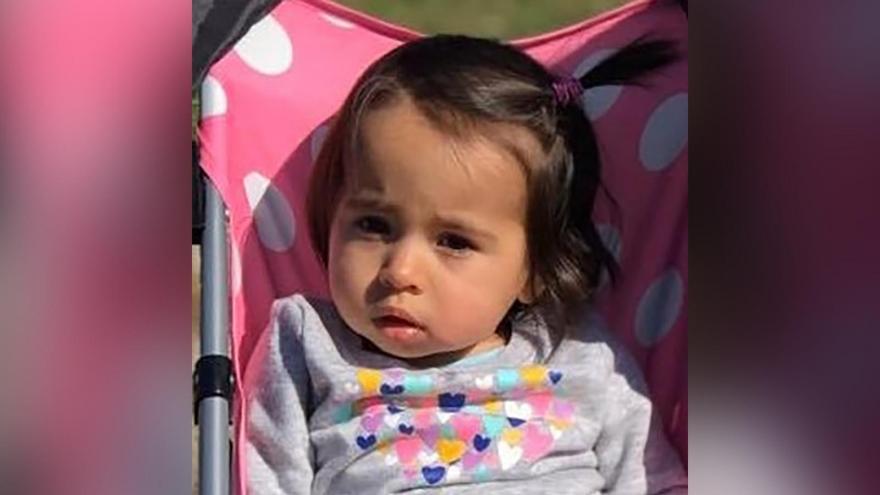 (CNN) -- Police have identified the woman found dead in an Ansonia, Connecticut, home as the mother of a 1-year-old gild who remains missing.

The woman, who was found Monday during a police wellness check, was identified as Christine Marie Holloway, the child's 43-year-old mother, Lt. Patrick Lynch of the Ansonia Police Department said. Lynch said police think little Vanessa Morales might be alive.

Police issued an Amber Alert for Vanessa on Wednesday. Investigators have spoken with the girl's father and family members, and none know her whereabouts, Lynch said. She was last seen last Friday afternoon at a relative's house.

"We are working on the premise that she is safe somewhere," he told reporters, adding to an earlier comment that authorities think the child is with someone.

Vanessa's aunt read a statement at the news conference, tearfully thanking authorities for their efforts and pleading for the return of Vanessa. She only gave her first name as Anna.

"The family would like to thank all the law enforcement agencies involved searching for my baby niece," the woman said.

The nearby Derby Police Department and state and federal authorities are assisting in the search. "We will continue to follow every lead. No information is too small or insignificant," Lynch said earlier, explaining that authorities do not believe the incident is random. He would not elaborate.

Ansonia police visited the house Monday around 1 p.m. after receiving a request to check on a woman who had not shown up for work and hadn't called in sick, according to a news release. No one answered the door for police.

That evening, a concerned relative requested another welfare check because the relative hadn't heard from the mother, Lynch said. This time, the police statement said, officers forced their way inside and found the woman dead.

"Information was received that Vanessa Morales, age one, should have been in the home, but there was no one else in the home," the police statement said.

"I received a call from the chief of police at 1 o'clock this morning stating there was a domestic homicide and a 1-year-old baby missing," Cassetti said. "I said, 'You are to focus all your attention -- get state, federal, everyone involved -- to find this child as soon as possible.'"

Correction: An earlier version of this story misspelled the missing girl's first name. Police clarified the spelling at a news conference.