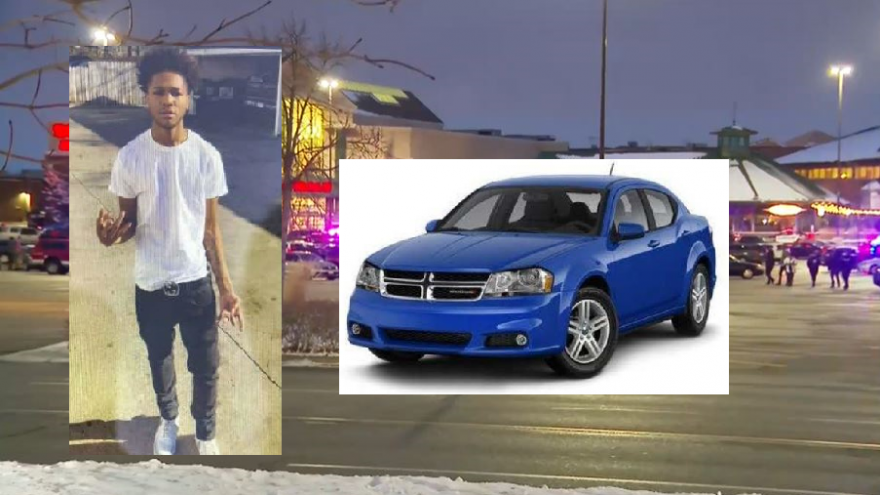 GRAND CHUTE, Wis. (AP) — Police have identified a person shot and killed at a mall in northern Wisconsin and say they are looking for a teenager in connection to the shooting.

Officers were called to the mall in Grand Chute on Sunday afternoon where two people were wounded.

Police say 19-year-old Jovanni Frausto died. The second person went to a hospital with non-life-threatening injuries and was later released.

A 17-year-old who police believe to be armed and dangerous is wanted in connection to the case.

Police also believe this was a targeted shooting. Grand Chute is about 100 miles north of Milwaukee.

GRAND CHUTE, Wis. (CBS 58) --- Authorities say there is an active situation at the Fox River Mall on Sunday, Jan. 31.

Police are asking the public to stay away from the area.

According to WFRV, Grand Chute Police Department are asking residents near the area to shelter in place and call 9-1-1 if they see anything suspicious.