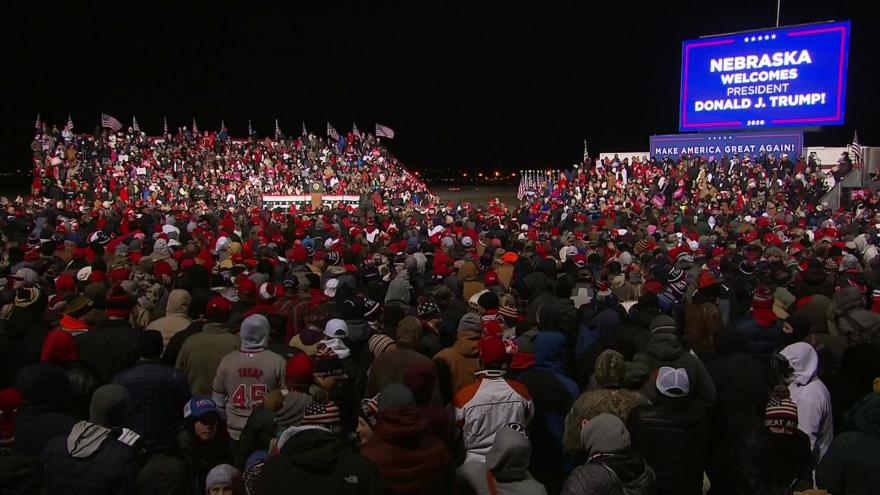 Many of the estimated 25,000 at Tuesday night's event at Eppley Airfield were left stranded miles from their parked cars in freezing weather.

Omaha police said in a written statement that first responders dealt with 30 people for medical reasons and seven were taken to hospitals.

Most of the attendees parked in remote lots and were shuttled to the event in buses.

Police say traffic was snarled and shuttles overwhelmed when crowds left the event around 9 p.m.

Police say the last of the rally goers were able to leave around midnight.