Polar bears use rocks and ice as weapons to kill walruses: study 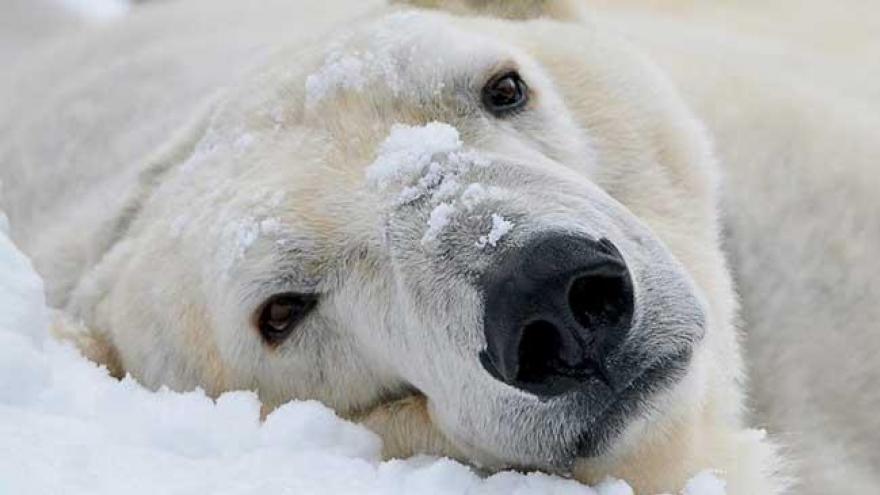 TORONTO, Ontario (CTV Network) -- While polar bears are known for being worthy opponents in the Arctic, questions remained about how they managed some of their largest kills, such as walruses, and new research shows they employed the use of rock and blocks of ice as weapons.

Oral histories over the course of more than 200 years from Inuit in Northern Canada and in Greenland depict stories of polar bears using tools such as rocks and blocks of ice to kill walruses, according to researchers.

Using these histories and documentation of brown bears using tools in captivity, Canadian zoologist and marine biologist Ian Sterling and colleagues set out to prove that polar bears use tools to hunt.

The study, published in the June edition of the journal Arctic, details various accounts of polar bears using blocks of ice or rocks to bludgeon 1,000 kg walruses to death. It also describes GoGo, a young male polar bear in captivity, who opted to use tools to access meat that was suspended out of his reach.

GoGo used various tools and methods to try to get to the meat, including a branch and a log. He even threw a piece of pipe and a floating device using both front paws to try to knock down the snack.

The accounts of polar bears using tools focus mostly on using them as weapons in their hunt. Many of the documented accounts are third-hand.

“The [Inuit] of different tribes widely separated have told me they have watched a bear stalk a young walrus out on the ice, taking advantage of a hummock to get within striking distance, and then hit the walrus over the head with a piece of ice held in one paw,” reads an account by an explorer identified as Munn published in the study.

In one observation used in the study from 1974, a biologist using foot snares speculated that the bears saw his snares and used a rock to set off the trap to get to the bait without getting caught. Sterling and his colleagues suggest that this could indicate that this bear had been captured before and was able to problem solve by using the tool.

While there are recorded accounts and documentation of polar bears in the wild and captivity using tools, the researchers speculate that this remains a rare event and would most likely only be employed for use against walruses.