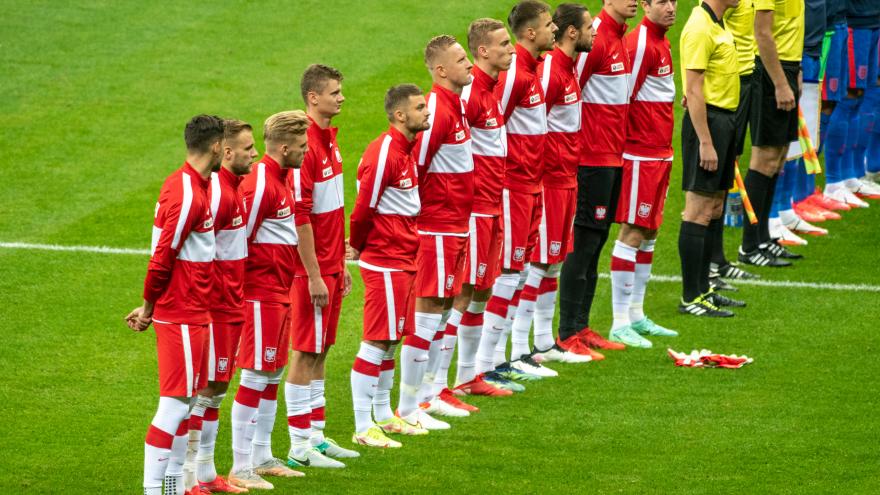 By Ben Morse, (CNN) -- The Polish and Swedish national teams will not face Russia in a crucial 2022 World Cup qualification playoff matches in March in protest at Russia's invasion of Ukraine.

The president of Poland's football association Cezary Kulesza announced the news on Saturday.

"No more words, time to act! Due to the escalation of the aggression of the Russian Federation towards Ukraine the Polish national team does not intend to play the play-off match against Russia," he tweeted.

"We are in talks with (Swedish) and (Czech) federations to bring forward a joint statement to FIFA."

Poland was due to travel to Moscow to face Russia on Thursday, March 24, while Ukraine was scheduled to travel to face Scotland on the same day.

The winner of the Poland-Russia game would host either Sweden or Czech Republic on March 29 in the final of their World Cup qualification route.

And the Swedish Football Association (SVFF) said on Saturday its board had decided that its men's national team "will not play a possible playoff match against Russia -- regardless of where the match is played.

"The Federal Board also urges FIFA to cancel the play-off matches in March in which Russia participates," the SVFF statement added.

"We have a hard time believing that FIFA will not follow our call. Russia cannot join as long as this madness continues," the Swedish FA said.

"I can't imagine playing a match with the Russian National Team in a situation when armed aggression in Ukraine continues," Lewandowski tweeted. "Russian footballers and fans are not responsible for this, but we can't pretend that nothing is happening."

Other members of the Polish squad released joint statements on their social media -- one in Polish and one in English -- agreeing with their football association's decision.

"We, the players of the Polish national team, together with the Polish Football Association, decided that as a result of Russia's aggression against Ukraine, we do not intend to play in the play-off match against Russia," it said.

"It is not an easy decision, but there are more important things in life than football. Our thoughts are with the Ukrainian nation and our friend from the national team, Tomasz Kedziora, who is still in Kiev with his family."

The statement signed off with the hashtags #SolidarnizUkraina (In solidarity with Ukraine) and #NoWarPlease.

Kedziora is a 27-year-old defender who played for Dynamo Kyiv.

The Polish football association had released a statement on Thursday which said it believed the qualifiers should not be held in Russia.

"Based on the current alarming development in the conflict between Russia and Ukraine, including the security situation, the Football Associations of Poland (PZPN), Sweden (SvFF) and Czech Republic (FAČR) express their firm position that the playoff matches to qualify for the 2022 FIFA World Cup in Qatar, scheduled for 24 and 29 March 2022, should not be played in the territory of the Russian Federation," it said.

"The signatories to this appeal do not consider traveling to Russia and playing football there. The military escalation that we are observing entails serious consequences and considerably lower safety for our national football teams and delegations.

"Therefore, we expect FIFA and UEFA to react immediately and to present alternative solutions regarding places where these approaching playoff matches could be played."

On Friday, UEFA announced that this year's Champions League Final will no longer take place in St. Petersburg following an extraordinary meeting of the governing body's Executive Committee.

The 2022 final was scheduled to be held at Krestovsky Stadium, which is sponsored by Russian state-owned company Gazprom, but will now be moved to the Stade de France in Paris to be played on the original date of May 28.

Elsewhere, some of Russia's top athletes have been speaking out against the war in Ukraine.

World No. 1 Daniil Medvedev said he is "all for peace" while Andrey Rublev also advocated for peace, writing "No war please" on the camera after a win. Writing on the lens is a common practice after tennis matches.