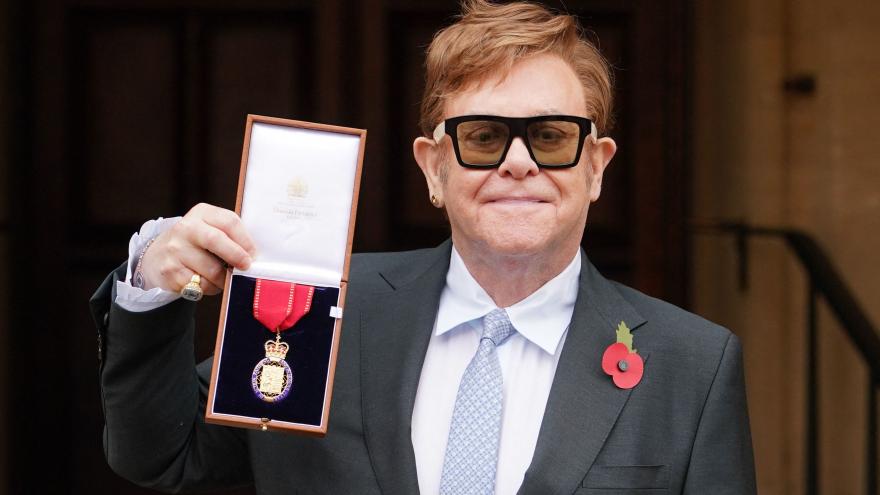 (CNN) -- The Dean of Westminster personally appealed to Buckingham Palace to allow British star Elton John to sing a version of his hit song "Candle In The Wind" at the funeral of Princess Diana, according to newly released government files.

Papers released by the UK National Archives suggest there was resistance to the plan over concerns the rewritten lyrics were "too sentimental," reported PA Media.

The Abbey even arranged for a saxophonist to be put on standby to deliver a solo instrumental version of the song, but this was considered to be a "very second best shot."

The Dean, the Very Reverend Wesley Carr, successfully argued that allowing John to appear would be an "imaginative and generous" gesture to the public.

Diana died in a car crash on August 31, 1997 in Paris, prompting a huge outpouring of public grief.

"Candle In The Wind" was originally written in memory of Marilyn Monroe, but was widely taken up and played as a memorial to the princess, who had been a friend of John.

In his 2019 memoir, John recounts how he saw actors Richard Gere and Sylvester Stallone almost fight over Diana at a dinner party he hosted in the early 1990s.

Diana and Gere got along so famously they spent much of the evening sitting on the floor by the fireplace, "locked in rapt conversation."

This apparently did not go over well with Stallone, and the two actors soon squared off in a corridor. Only a hasty intervention by David Furnish, John's partner, averted a possible fistfight.

"If I was bowled over by Diana, it was nothing compared to the impact she could have on straight men," John writes. "They seemed to completely lose their minds in her presence."

Sign up to CNN's Royal News, a weekly dispatch bringing you the inside track on the royal family, what they are up to in public and what's happening behind palace walls.