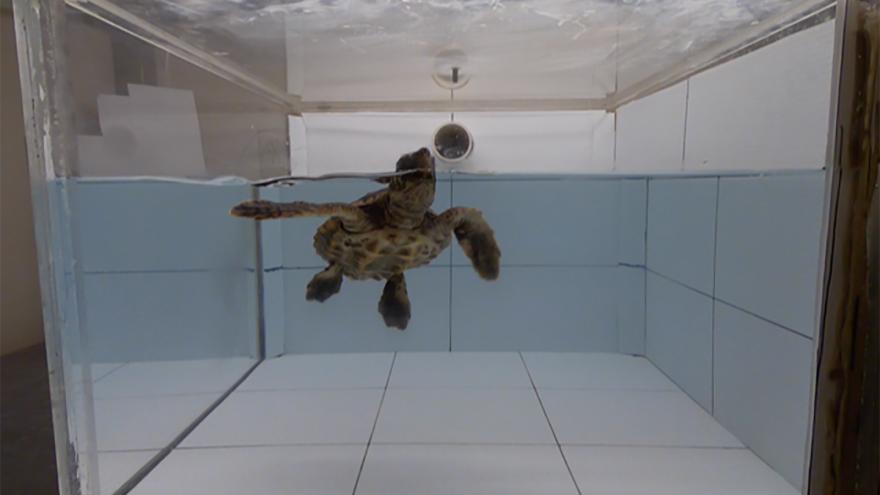 (CNN) -- Although sea turtles have been chomping down on plastic bags for years, scientists didn't know why -- until now. Plastic bags may smell like a tasty treat because of the bacteria and algae that accumulate on them.

The turtles responded almost identically to the smell of their food as they did to the smell of a plastic bag that had been soaked in water, according to Matthew Savoca, a postdoctoral research fellow at Stanford University's Hopkins Marine Station and one of the study's authors.

In fact, the turtles kept their noses out of the water three times as long to smell the plastic bags compared to control smells.

Until now, there were just theories that sea turtles may have accidentally gotten entangled in the plastic, or perhaps they mistook plastic bags for juicy jellyfish.

''What's very concerning about this research is that it suggests that sea turtles are proactively seeking out plastics because of the smell," says Mallos, who was not involved in the study.

Savoca agrees that the problem is more complex than a simple mistake by curious sea creatures.

"I've heard numerous times that animals just eat plastic because they don't know any better," says Savoca. "What this type of research shows is that there are really complex evolutionary mechanisms that govern how animals are finding food."

He theorizes that turtles have evolved to pursue certain smells that signal food, and therefore instinctively move towards the smell of the algae and bacteria when they accumulate on plastic in the ocean.

"The ocean is not this large grocery store where there's food everywhere, so these animals have to become hyper-specialized to survive," he says.

This issue is a concern for other animals, too. Past research suggests that sea birds and some species of fish may also be tricked by their instincts into eating plastic, says Savoca.

Nonetheless, Mallos says that sea turtles' habit of eating plastic is especially concerning because all seven species of sea turtles are endangered.

Sea turtles are threatened in multiple ways by the 8 million tons of plastic that enter ocean waters annually, according to Mallos.

When they fill up their stomachs with plastic, their bodies are tricked into thinking they are full, causing them to slowly starve to death.

In other instances, harder pieces of plastic puncture the turtles as they try to swallow, or get caught in their throats.