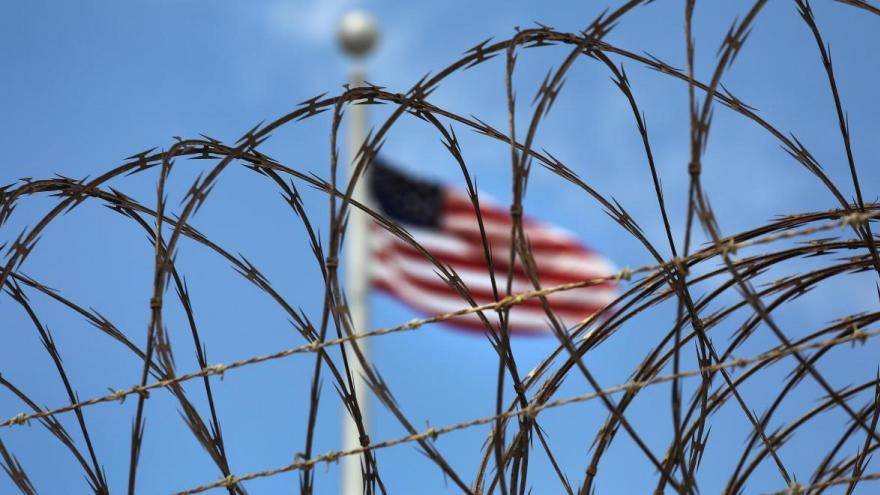 The plan to give Guantanamo Bay detainees the Covid-19 vaccine has been paused.

(CNN) -- An earlier plan to give Guantanamo Bay detainees the Covid-19 vaccine has been paused as of Saturday, according to a US Pentagon official.

Pentagon press secretary John Kirby said in a Saturday afternoon tweet that no Guantanamo Bay detainees have been given a Covid-19 vaccine and announced that the Department of Defense is "pausing the plan to move forward, as we review force protection protocols."

CNN had previously reported that US Armed Forces and current US-held detainees at Guantanamo Bay were granted authorization to receive the Covid-19 vaccine on January 27 in a memo from Principal Deputy Assistant Secretary of Defense for Health Affairs Terry Adirim.

The Department of Defense will "offer and administer vaccines to detainees and prisoners under their care," a Defense spokesperson said in a statement earlier this week.

The vaccine will be offered to all detainees and prisoners and will be administered on a "voluntary basis and in accordance with the Department's priority distribution policy," the spokesperson said.

Khalid Sheikh Mohammed, known as one of the principal architects of the 9/11 attacks, is currently being held at Guantanamo, along with Moath Hamza Ahmed al Alawi, who is believed to be one of Osama bin Laden's bodyguards.

There are approximately 40 prisoners who remain at Guantanamo Bay, so it would only be a small volume of vaccine allotted to the detention center.

Emily Horne, a spokesperson for the National Security Council, told CNN Saturday that the White House had no additional comment and pointed to Kirby's tweet.