Pizza Hut is bringing back a fan favorite 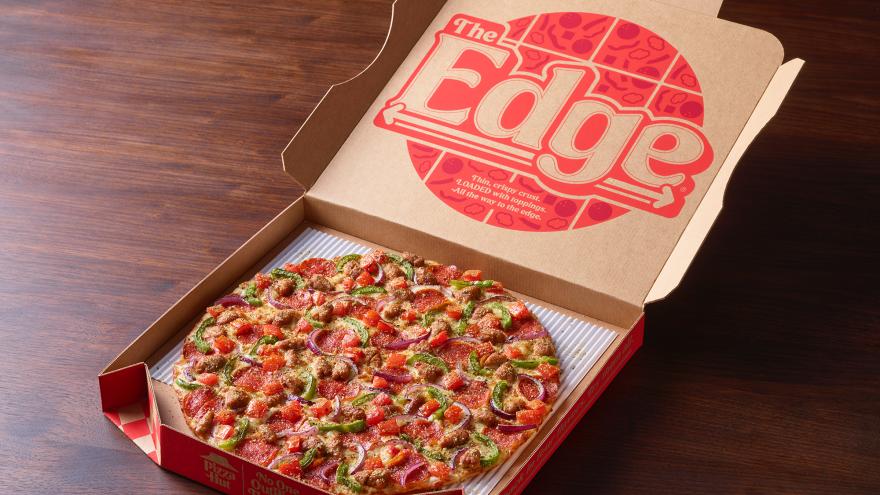 (CNN) -- Pizza Hut is bringing back one of its most famous pizzas, more than a decade after it left menus.

The Edge, a thin-crust pizza "packed with toppings all the way to the edge," is now available for $12.99. Pizza Hut first released The Edge in 1997 and it has made a few rare appearances since then, with the most recent re-release back in 2009.

The pizza has a "cracker-thin crust" that is "sturdy enough" to hold several toppings and is cut into 16 squares. The Edge comes in four varieties, three of which have various types of meats and a vegetarian option. The limited time offering is the "perfect pizza for patio season," according to a press release.

Pizza Hut has regularly tapped into nostalgia for menu items and promotions to entice eaters. The company is calling it a "Newstalgia" campaign, which "highlights classic, beloved brand elements and brings them to life in modern and relevant ways."

In recent months, the company relaunched its popular "Book It!" program, brought back its old logo and celebrated the 25th anniversary of its stuffed crust debut with a pizza-less ring of cheese-stuffed dough.

Pizza Hut hasn't totally relied on the past to propel its future, however — especially as the appetite for pizza remains strong despite the pandemic slowly waning.

The chain recently temporarily added a Detroit-style pizza for the first time, which ditches the traditional round shape for a rectangular crust with cheese. It also rolled out a new restaurant design that emphasizes the drive-thru.

Those innovations helped same-store sales grow 8% at its US restaurants in the first quarter of 2021. Pizza Hut is owned by Yum Brands, which also controls Taco Bell and KFC.