Pittsburgh Steelers hire Brian Flores, who is suing the NFL for racial discrimination, as assistant coach 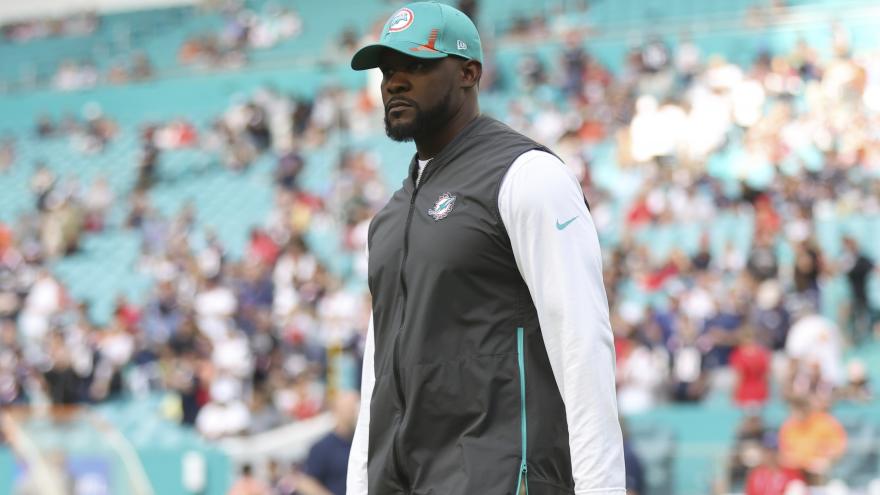 (CNN) -- Brian Flores, the former Miami Dolphins head coach who filed a racial discrimination lawsuit against the NFL, has been hired by the Pittsburgh Steelers as an assistant coach.

The Steelers announced Saturday that Flores was named the team's senior defensive assistant/linebackers coach on the staff of head coach Mike Tomlin.

"I am excited about Brian Flores joining our coaching staff given his history of developing and teaching defensive players during his time in the NFL," Tomlin said. "Brian's resume speaks for itself, and I look forward to him adding his expertise to help our team."

Flores' attorneys, Douglas Wigdor and John Elefterakis, in a statement said: "We congratulate Coach Flores on his new position with the Steelers and thank Coach Tomlin and the organization for giving him this great opportunity. While Coach Flores is now focused on his new position, he will continue with his race discrimination class action so that real change can be made in the NFL."

Tomlin is one of two Black head coaches in a league where nearly 70% of the players are Black. The other is Lovie Smith of the Houston Texans. Mike McDaniel, who is multiracial, replaced Flores as head coach of the Dolphins after Flores was fired last month after going 24-25 in his three seasons.

Flores, 40, who is Black, sued the Dolphins organization along with the NFL and two other NFL teams alleging racial discrimination.

The 58-page lawsuit castigates the culture of the NFL and the Rooney Rule, which requires teams to interview two external minority candidates for head coaching positions. The lawsuit says the rule hasn't worked to increase the hiring of coaches of color.

The rule was named for the late Dan Rooney, the longtime Steelers chairman.

In a response to Flores' lawsuit, the NFL called his allegations meritless, saying in a statement, "diversity is core to everything we do."