Pittsburgh Steelers' Alejandro Villanueva replaces Antwon Rose Jr.'s name on his helmet with the name of a slain veteran 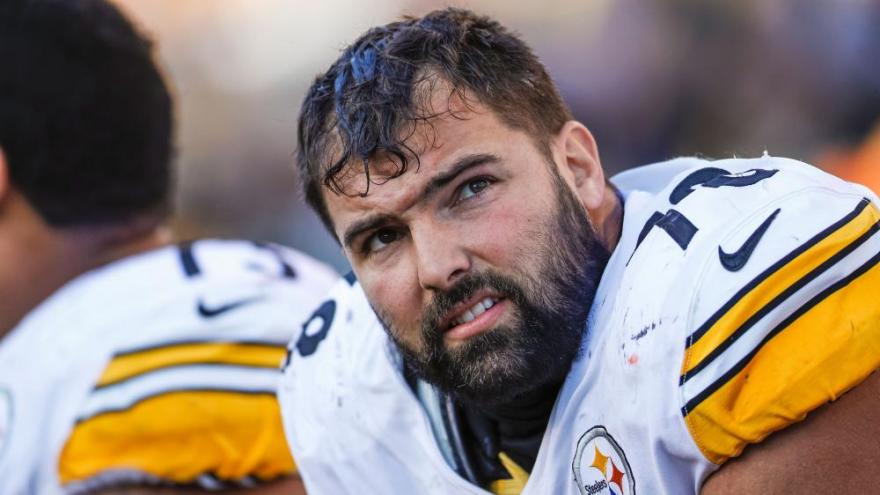 Pittsburgh Steelers tackle Alejandro Villanueva decided to break with his teammates at their first game of the season Monday night by replacing Antwon Rose Jr.'s name on the back of his helmet with that of a war veteran.

(CNN) -- Pittsburgh Steelers tackle Alejandro Villanueva decided to break with his teammates at their first game of the season Monday night by replacing Antwon Rose Jr.'s name on the back of his helmet with that of a war veteran.

The NFL has allowed players to honor victims of racial injustice by wearing decals on their helmets all season long. The Steelers chose to honor Rose, who was 17 when he was shot and killed by East Pittsburgh police after fleeing during a stop in 2018.

Villanueva, who served three tours in Afghanistan and received several medals for his service, including the Bronze Star, opted to honor US Army Sgt. 1st Class Alwyn C. Cashe instead.

Cashe died in 2005 while serving in Operation Iraqi Freedom. He suffered fatal burns while pulling his fellow soldiers from a vehicle that had been hit by a roadside bomb on October 17 in Samarra, Iraq. He would later die on November 8, 2005 at the Brooke Army Medical Center at Fort Sam Houston in San Antonio, Texas.

Fifteen years after his death, the Pentagon is seeking to posthumously award Cashe the Medal of Honor for his heroic efforts. The Medal of Honor is the United States' highest medal for valor in action, and it has been awarded 3,526 times, according to the Congressional Medal of Honor Society.

Cashe was awarded the Silver Star Medal, and if upgraded to the Medal of Honor, he would be the first Black service member to be honored with that distinction for actions in Iraq or Afghanistan.

This is not the first time Villanueva has broken with teammates over what was supposed to be a unified team decision.In 2017, while the rest of his teammates remained in the tunnel, Villanueva walked out and stood with his hand over his heart during the National Anthem.

Villanueva and the Pittsburgh Steelers did not immediately respond to a request for comment from CNN.