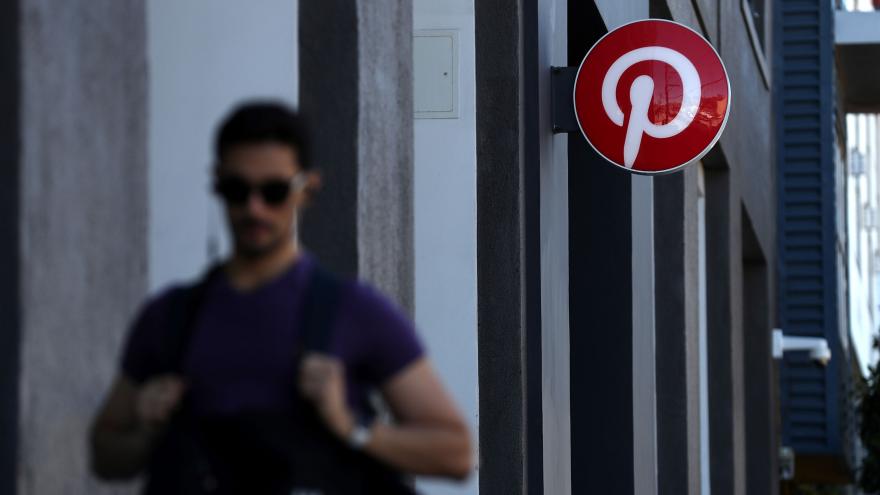 (CNN) -- Pinterest on Wednesday announced a new policy prohibiting users from sharing climate misinformation on its platform, making it the rare social platform to ban such content outright.

Repeat offenders of the policy may face further action by the platform, including potential removal of their accounts.

The new policymarks an expansion of the social media platform's misinformation guidelines. In 2017, Pinterest rolled out a policy prohibiting health misinformation such as anti-vaccine content. It has since expanded the policy to include misinformation and conspiracy theories about elections and other civic activities.

"We repeatedly heard from [climate experts] that climate misinformation, like climate denial narratives, is causing real harm," Pinterest head of policy Sarah Bromma told CNN Business. "That type of harm fits into our existing misinformation framework, which is that we take action on false or misleading action that may harm Pinners' or the public's well being, safety or trust."

Social media platforms are increasingly facing scrutiny for their role in the spread of climate change misinformation. In November, more than 200 climate scientists, activists and organizations fighting disinformationsigned an open letter addressed to the heads of Facebook, Instagram, Google, Twitter, Pinterest and Reddit calling on them to implement climate misinformation policies similar to their "robust Covid-19" policies.

Google last year said it would no longer allow climate change deniers to profit on its platforms. It banned advertisements from appearing alongside content denying the existence or causes of climate change and prohibited ads themselves that deny climate change.

Facebook-parent Meta has also taken a number of steps to address climate misinformation, including applying information labels to posts about climate change, relying on third-party fact checkers to label false claims, and promoting reliable information through its Climate Science Center. However, it has so far resisted calls to remove climate misinformation altogether, and internal documents have raised questions about theeffectivenessofits Climate Science Center.

Twitter has also said it will "pre-bunk" climate misinformation by pointing users to accurate sources.

Bromma said Pinterest's plan to remove climate misinformation reflects how the company has "a very particular mission to bring people inspiration." She added:"Content that's antagonistic or hateful or violent or false or misleading ... there's really no place on Pinterest for it."

The new policy comes as Pinterest tries to combat declining growth in its monthly active user base.

Pinterest found its users were increasingly searching for content on the platform related to sustainability, and the company wanted to ensure they were finding accurate information in the results, Bromma said.

As with many content moderation issues, the challenge is often not just setting the policies but enforcing them. Bromma said Pinterest's teams review content flagged both by automated systems and user reports. The company declined to share details on the size of its enforcement teams.

Pinterest also plans to highlight accurate information about climate change through partnerships with creators and experts on the platform.