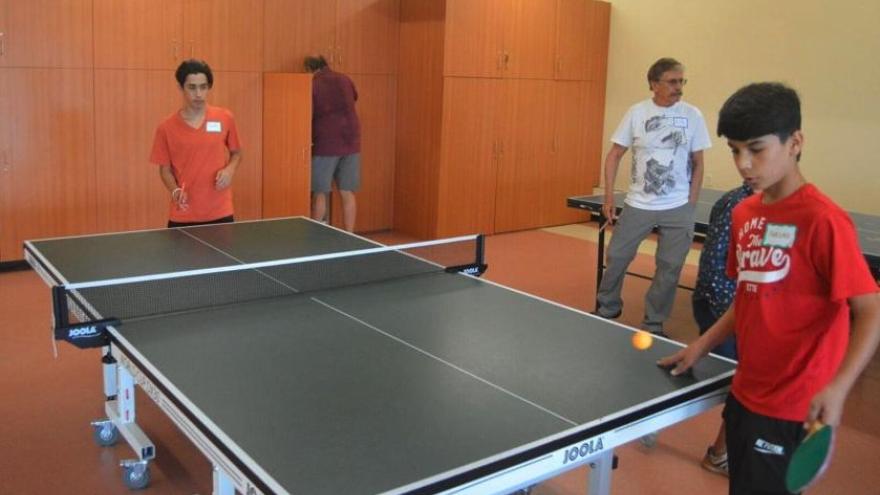 The event raised nearly $4,000 that will pay for car seats and school supplies for the families in addition to other necessities.

A family of eight arrived from Afghanistan in June, including six children who will all be attending school.

The team of more than 100 volunteers, known as HARRT, helped organize and aid the families' transitions in conjunction with International Rescue Committee.

Unlike a staunch auction or the like, Saturday's fundraising event felt more like a community gathering. The young children from Afghanistan and Helena swung wildly at ping-pong balls. The Afghan family made enough bolani, potato and leek stuffed flatbread, for the nearly 100 attendees.

Valerie Hellermann, the executive director of Hands on Global and a leader of HARRT, said that family atmosphere in which the new neighbors can interact was planned.

Hellermann said the families are settling in, working jobs, going to school, signing up for soccer and getting their diver's licenses.

"They're feeling comfortable enough now to meet people in the community and they want to make friends," she said.

Fardeel Ghaforzada is the patriarch of the large family that moved to town in June. Ghaforzada said through a HARRT translator he is not much of a ping-pong player -- he prefers snooker -- but that he enjoyed the event.

"This does feel like our new home," he said. "We had a good life in Afghanistan, but we were always under the threat of death. This has been a real relief to focus on our new lives."

He said he is happy about his children's future in Helena.

Frank Komkowski serves on the church's social justice committee and said they have organized ping-pong tournaments over the years to benefit various causes in the community and that bringing in HARRT was an good fit with the committee's mission.

The champs also took some time to teach the children in attendance lessons in the sport.

Ian McLean co-owns the bakery with his wife Kate McLean and said they were happy to help out.

"We believe in HARRT's mission," Ian McLean said. "These guys are working hard at giving these refugees a fighting chance, and we're happy to help them get the resources they need."

The group also donated about 50 children's books and some kites, a popular toy in Afghanistan, to the families.

"The community has been a tremendous support," Hellermann said. "Without the community we wouldn't have been successful."