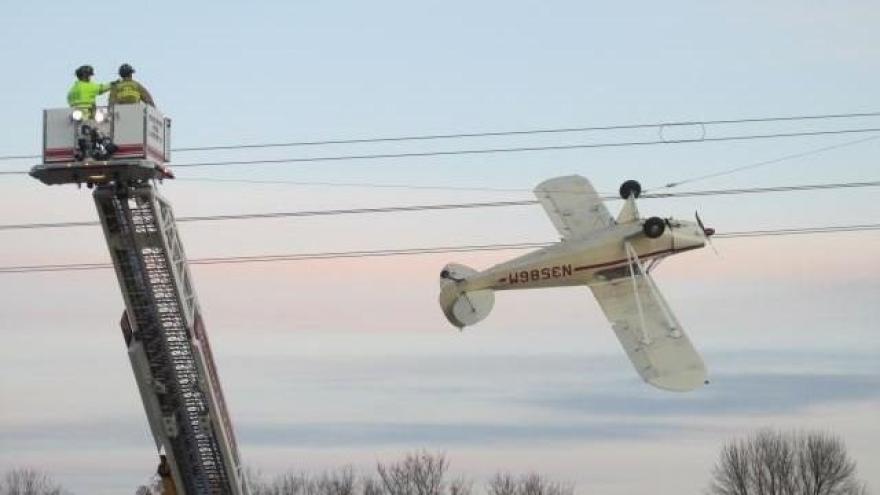 A pilot was rescued Saturday afternoon after he collided with a power line and became entangled, according to a press release from Scott County Sheriff's Office in Minnesota.

(CNN) -- Plane crashes usually leave debris scattered across the ground, but a crash in rural Minnesota created a different image: a Piper Cub entangled in power lines and dangling upside down -- with the pilot inside.

The single-propeller plane was traveling south near Shakopee on Saturday afternoon when it "hit a cluster of power lines and became suspended on a guideline, upside down," a news release from the Scott County Sheriff's Office said.

Once the power line was de-energized, pilot Thomas Koskovich, 65, of Shakopee was rescued, the news release said. He was the sole occupant of the plane and uninjured.

"This incident could have been much worse," Scott County Sheriff Luke Hennen said. "We are grateful the pilot was able to walk away without any injuries."

A spokesperson for the FAA said the agency is investigating the crash. Shakopee is about 25 miles southwest of Minneapolis.