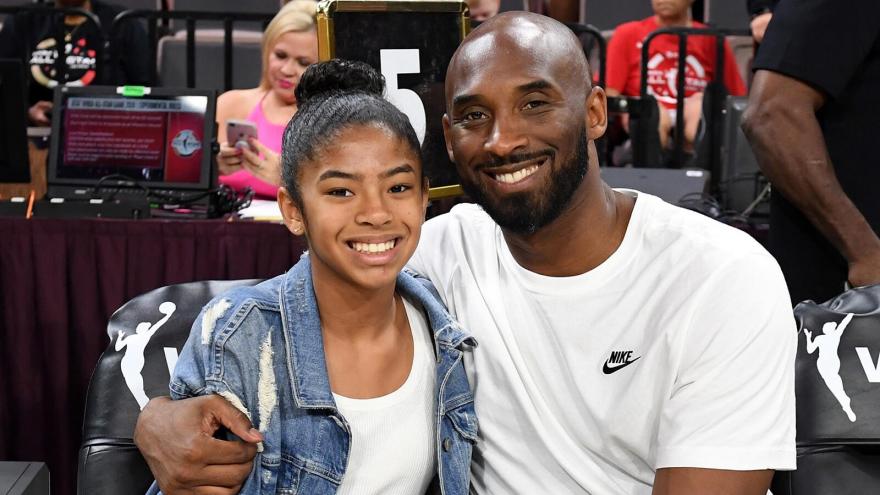 In four hours of testimony and deliberations, the National Transportation Safety Board said Island Express charter pilot Ara Zobayan pushed the limits of bad weather flying rules, climbed into clouds, became disoriented about the helicopter's position relative to the horizon, and made a descending left turn into a cloud-obscured Calabasas, California, hillside last year.

"Even good pilots can end up in bad situations," NTSB Chairman Robert Sumwalt said Tuesday, calling attention to the pilot's decision to continue the flight despite the weather. He said the helicopter could have landed at a nearby airport -- one was about 12 miles away -- or even in a parking lot "all the way up to the point where [the pilot] entered the clouds."

"This pilot really wanted to get where he was going," said NTSB Vice Chair Bruce Landsberg. He termed the incident a crash, and not an accident.

"An accident (is) just something that's unforeseen, unpredictable, if you will. Unfortunately this wasn't," Landsberg said.

The five-member board unanimously recommended that charter helicopter pilots get more simulator and scenario-based training in the flying phenomenon known as spatial disorientation.

It also reiterated a previous recommendation that turbine-powered helicopters such as the Sikorsky S-76B that Zobayan was piloting be equipped with crash-resistant flight data, voice, and image recorders. Investigators underscored that the helicopter was previously fitted with a cockpit voice recorder that could have aided in the investigation, but it was removed.

"We feel that if certain recommendations have been implemented, the likelihood of a crash goes down," Sumwalt told CNN at a news conference after the meeting.

The responsibility then falls to regulators at the Federal Aviation Administration, as well as helicopter charter companies and pilots, to act on the recommendations. Sumwalt said he and his colleagues "will continue to push like crazy to get those recommendations implemented."

The FAA responded with a statement saying it "takes NTSB recommendations very seriously and will respond preliminarily to them within 90 days."

In the meeting, investigators said the pilot may have felt pressure to perform for a high-profile client and continued flying into deteriorating weather conditions. Zobayan developed a "very close" friendship with Bryant, investigator Dujuan Sevillian said, a type of relationship that "can lead to self induced pressure" to fly in risky conditions.

NTSB board member Thomas Chapman pushed back on officially concluding that pressure played a role in the crash, although he acknowledged pilots may contend with a "tendency to want to please" the influential person who charters their services.

A representative for Zobayan's estate did not comment when contacted by CNN on Tuesday.

The investigators said he climbed into what witnesses described as a "wall of cloud," possibly became disoriented, and unconsciously turned into a cloud-obscured hillside he knew was there.

"It's not like ... the pilot was flying along, didn't know where the hills are and blundered into the side of a hill," NTSB Chairman Robert Sumwalt said.

Island Express declined to comment to CNN on Tuesday.

Investigators said the helicopter was equipped to fly into clouds with the pilot operating solely in reference to the instruments -- known as Instrument Flight Rules or IFR -- but charter company Island Express' agreement with the FAA allowed only flights where the pilot could maintain visual contact with the ground, known as Visual Flight Rules or VFR.

"It would seem to be that these flights should have been operated under IFR," Sumwalt said.

In the days after the crash, NTSB board member Jennifer Homendy blasted the FAA for not enacting an earlier NTSB recommendation requiring this type of helicopter carry a Helicopter Terrain Awareness and Warning System. Sumwalt said Tuesday NTSB now believes that system, known as HTAWS, would not have prevented this crash.

All 9 people on board perished

The helicopter crashed into hilly terrain in foggy conditions in Calabasas. The passengers were heading from Orange County to the Mamba Sports Academy in Thousand Oaks for a youth basketball game in which Kobe Bryant was to coach and Gianna and two others aboard were to play.

All nine aboard died of blunt force trauma, and the manner of death was accidental, according to a coroner's office.

Bryant, an 18-time All Star who won five NBA championships with the Los Angeles Lakers, had made the trip to Thousand Oaks several times as a coach for the academy.

Weather and visibility were a concern ahead of the flight, and Zobayan discussed the plan to go ahead in a group text before the trip, NTSB documents released last year show. Visibility was so low that morning that the Los Angeles Police Department had decided to ground its helicopters.

During the trip, the the pilot appeared to become disoriented in fog, the documents released last year by the NTSB show.

During the flight, Zobayan told a controller in a final communication that he was going to climb to 4,000 feet to get over the clouds, the NTSB said last year.

Radar showed that around 9:45 a.m., the craft climbed to about 2,300 feet above sea level and turned left, before descending at a rapid rate. it dropped off radar at about 1,200 feet, near the crash site, the NTSB had said.

The first 911 call for the flight came in at 9:47 a.m., Los Angeles County Sheriff Alex Villanueva has said.

The helicopter crashed into a hillside in Calabasas, and parts were found scattered across an area that stretched up to 600 feet, the NTSB said days after the incident.

In a February 2020 update from the NTSB on the crash investigation, the board said there was no evidence of engine failure. Later that month, it issued a preliminary report underscoring the overcast weather in the area that day.

Bryant's widow, Vanessa, sued the Los Angeles County Sheriff's Department and Sheriff Villanueva following the crash over eight deputies taking photos of the scene and the deceased victims. A leak from the department led to TMZ breaking the news, and fans flocked to the site.

California Gov. Gavin Newsom signed an invasion-of-privacy bill in September which would make it illegal for first responders to share photos of a deceased person at a crime scene "for any purpose other than an official law enforcement purpose."

Under the new "Kobe Bryant Act," which went into effect this year, a first responder who is found guilty of the misdemeanor crime may be fined up to $1,000 per violation.