Pig's blood was smeared on the former home of the use-of-force expert who testified for the defense in Chauvin's trial, police say 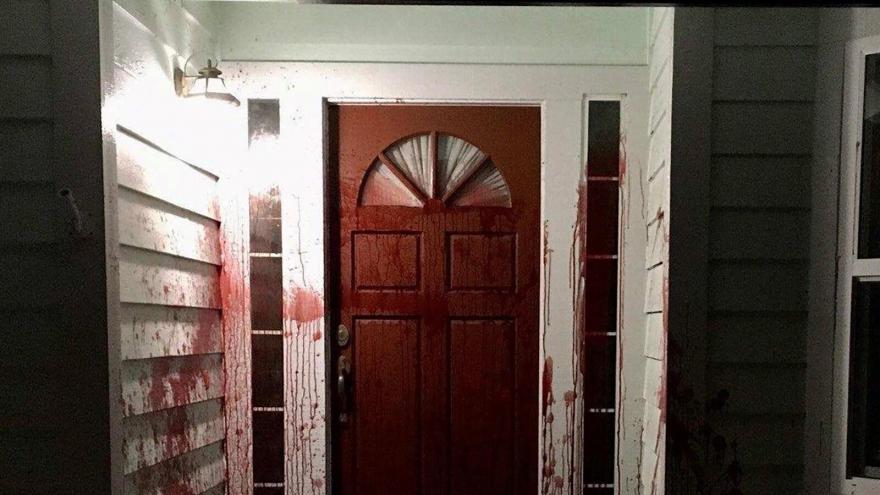 Pig's blood was smeared on the front porch of a Santa Rosa, California, home on April 17.

(CNN) -- The former California home of use-of-force expert Barry Brodd was smeared with pig's blood Saturday, four days after he testified for the defense in Derek Chauvin's trial in Minneapolis, Minnesota, police said.

Brodd testified Tuesday that Chauvin, a former officer, was justified in kneeling on George Floyd for over nine minutes, did not use deadly force and "was acting with objective reasonableness."

On Saturday around 3 a.m., Santa Rosa Police responded to a home that had been vandalized. The resident of the home told police they woke up to a group of people throwing a pig's head on their front porch and splattering blood on the front of their home, police said in a news release.

The vandals were dressed in all black and ran away as the victim called police, the release said. There was more than $400 worth of damage to the home, so police said the incident is considered felony vandalism.

Police said the home was the previous residence of Brodd, though he "has not lived at the residence for a number of years and is no longer a resident of California," the release said.

"It appears the suspects in this vandalism were targeting Mr. Brodd for his testimony," police said in the release. "Because Mr. Brodd no longer lives in the city of Santa Rosa, it appears the victim was falsely targeted."

Another act of vandalism took place 45 minutes later at Santa Rosa Plaza Mall, where a large hand statue was also smeared in pig's blood. The vandals also left a sign in front of the statue with a picture of a pig that read "Oink Oink," the release said.

Police believe both the home and hand statue were vandalized by the same people.

After Brodd's testimony on Tuesday, Santa Rosa Police Chief Rainer Navarro issued a statement saying Brodd's comments "do not reflect the values and beliefs" of his police department.