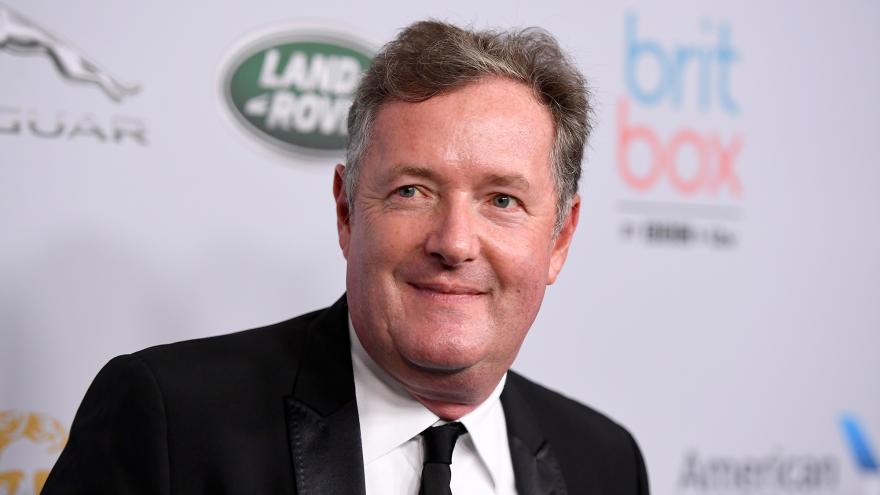 (CNN) -- Piers Morgan, who prompted backlash and an investigation from the UK's media regulator over comments about Prince Harry and Meghan, Duchess of Sussex, will depart "Good Morning Britain," ITV abruptly announced Tuesday.

"Following discussions with ITV, Piers Morgan has decided now is the time to leave Good Morning Britain," ITV said in a short statement. "ITV has accepted this decision and has nothing further to add."

Morgan did not immediately reply to a request for comment.

Earlier in the day, Morgan walked off the "Good Morning Britain" set after he was skewered by a co-host for his criticism of Harry and Meghan.

After Oprah Winfrey's interview with Harry and Meghan — in which Meghan revealed she had previously had suicidal thoughts and said a royal family member had raised concerns about the skin tone of her child — Morgan made a number of comments lampooning the couple.

He said on Twitter on Monday that it was "just another reminder that anyone who criticizes Meghan Markle is deemed a racist bully."

He also questioned on Monday's show whether she was being truthful about having suicidal thoughts, comments he has since tried to walk back.

UK media regulator Ofcom said it had received over 41,000 complaints about the program as of Tuesday afternoon. "We have launched an investigation into Monday's episode of Good Morning Britain under our harm and offence rules," it said in a statement on Twitter.

On Tuesday, Morgan faced criticism from his own colleague.

"Has she said anything about you since she cut you off? I don't think she has, but yet you continue to trash her," Beresford said.

At that point, Morgan got up and, while walking off the set, said, "Okay, I'm done with this, sorry, no, sorry... see you later, sorry, can't do this."