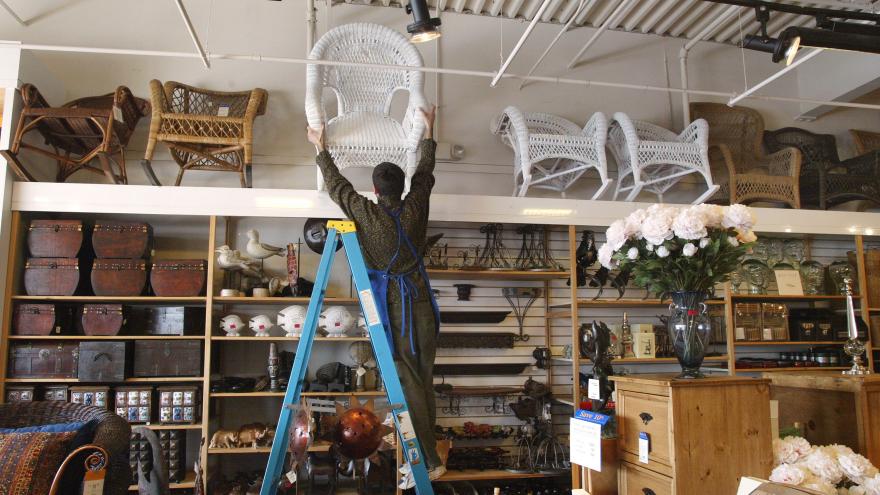 (CNN) -- Pier 1, the troubled home furnishings retailer that has closed hundreds of stores in recent years, filed for bankruptcy Monday.

The company, based in Fort Worth, Texas, released a statement saying that it reached a plan with lenders to provide it with $256 million. It will try to find a buyer for the company.

Pier 1 previously announced it will close up to 450 stores, including all its locations in Canada. Around 400 stores have already closed or started going-out-of-business sales, according to the statement.

The company currently has more than 500 stores open.

"Today's actions are intended to provide Pier 1 with additional time and financial flexibility as we now work to unlock additional value for our stakeholders through a sale," Pier 1's CEO Robert Riesbeck said. He assumed that post in November and is also the company's chief financial officer.

During Pier 1's latest quarter, sales at stores open for at least one year decreased 11.4% compared to the same period last year. The company lost $59 million.

Pier 1 is far from the only casualty of retail competition and shifting consumer habits.

In 2019, US retailers announced 9,302 store closings, a 59% jump from 2018 and the highest number since Coresight Research began tracking the data in 2012. So far this year, Macy's, Papyrus and others have announced store closings.

The home goods sector has been hit particularly hard by the rise of Amazon, Wayfair and other online competition. Big-box chains such as Target and Walmart have also strengthened their home goods' offerings.

Bed Bath & Beyond, a rival home decor retailer, has also struggled in recent years from many of the same forces pressuring Pier 1. The company's stock tanked last week after it said holiday sales fell short of expectations and that it was having trouble stabilizing its business.

Correction: Monday's statement is attributed to the company rather than the CEO.