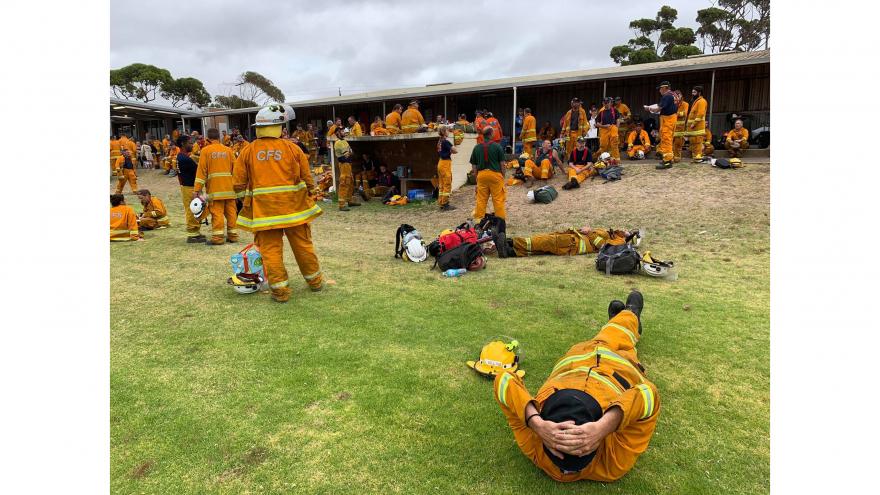 (CNN) -- Firefighters in Australia have been working tirelessly for months battling wildfires in the country.

Some have traveled thousands of miles from different countries to help during what is called the worst wildfire season seen in decades.

Photos from Kangaroo Island in the state of South Australia on Friday show firefighters taking a much-needed break with some taking a short nap on the grass before heading back to the fire line.

"It's shift change for the hundreds of SA Country Fire Service, SA State Emergency Service National Parks, SA Metropolitan Fire Service, personnel fighting the Kangaroo Island bushfires along with the farm fire units," Leon Bignell, member of the South Australian House of Assembly, posted on Facebook along with the photos. 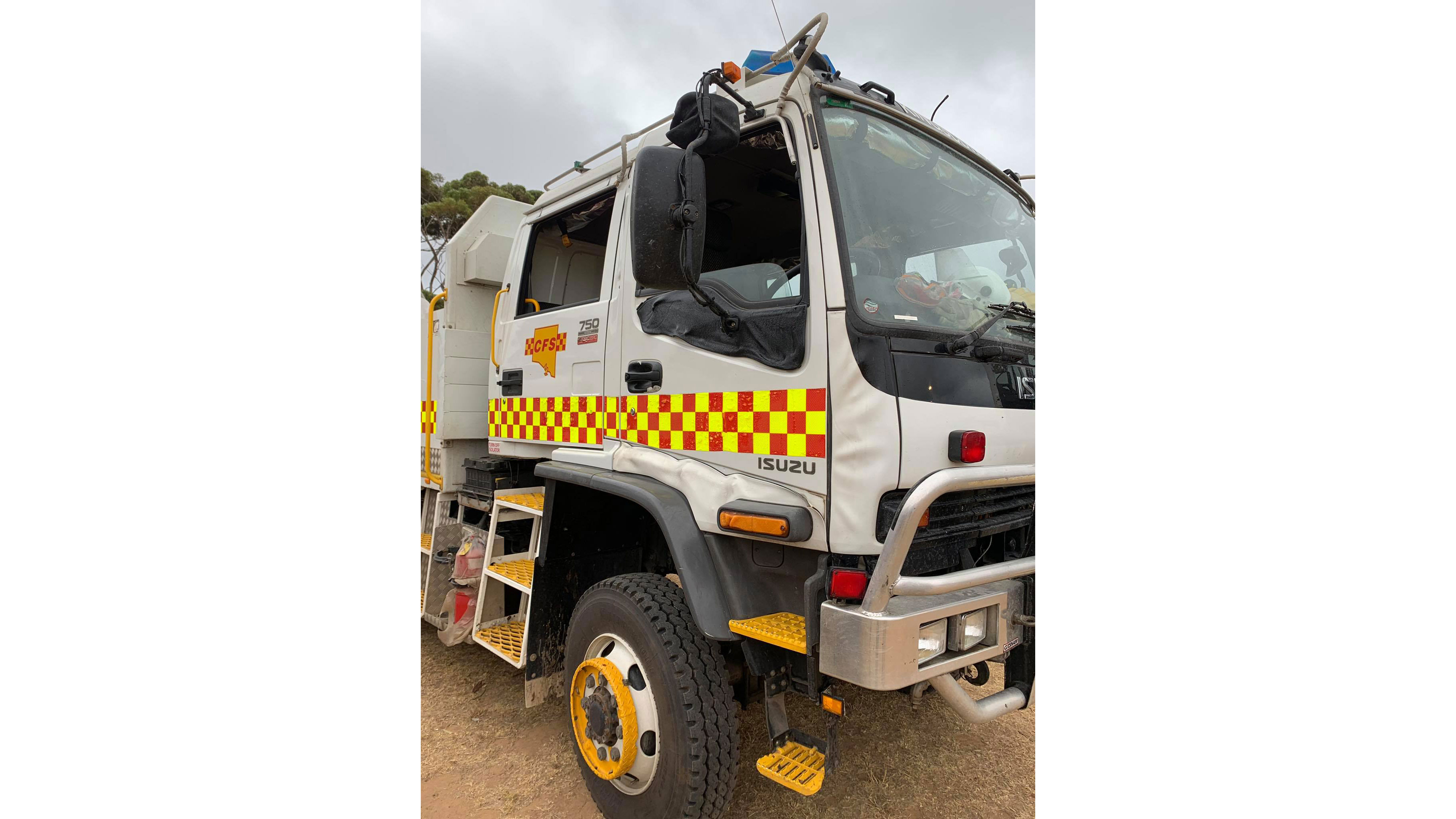 They were even served a hot cooked breakfast of eggs, hash browns, fruit, and other items.

Bignell included a photo of damaged truck that one of the fire crews survived after driving through three km (nearly 2 miles) of flames.

"Check out the front of the Kingscote truck," he said. "They're sturdy trucks but the intense heat melted some parts."

Bignell has been posting regularly from the area on social media. Overnight, he shared images of the haunting red glow in the night sky indicating a fire that is near.

"Still not clear where the fire is at," he posted on Friday morning. "It certainly grew overnight but they're trying to get spotters in the air - when the smoke clears - to do a proper assessment."

One-third of Kangaroo Island has been scorched by the raging bushfire, NASA satellites images show. The agency estimated that 155,000 hectares (600 square miles) have been destroyed. 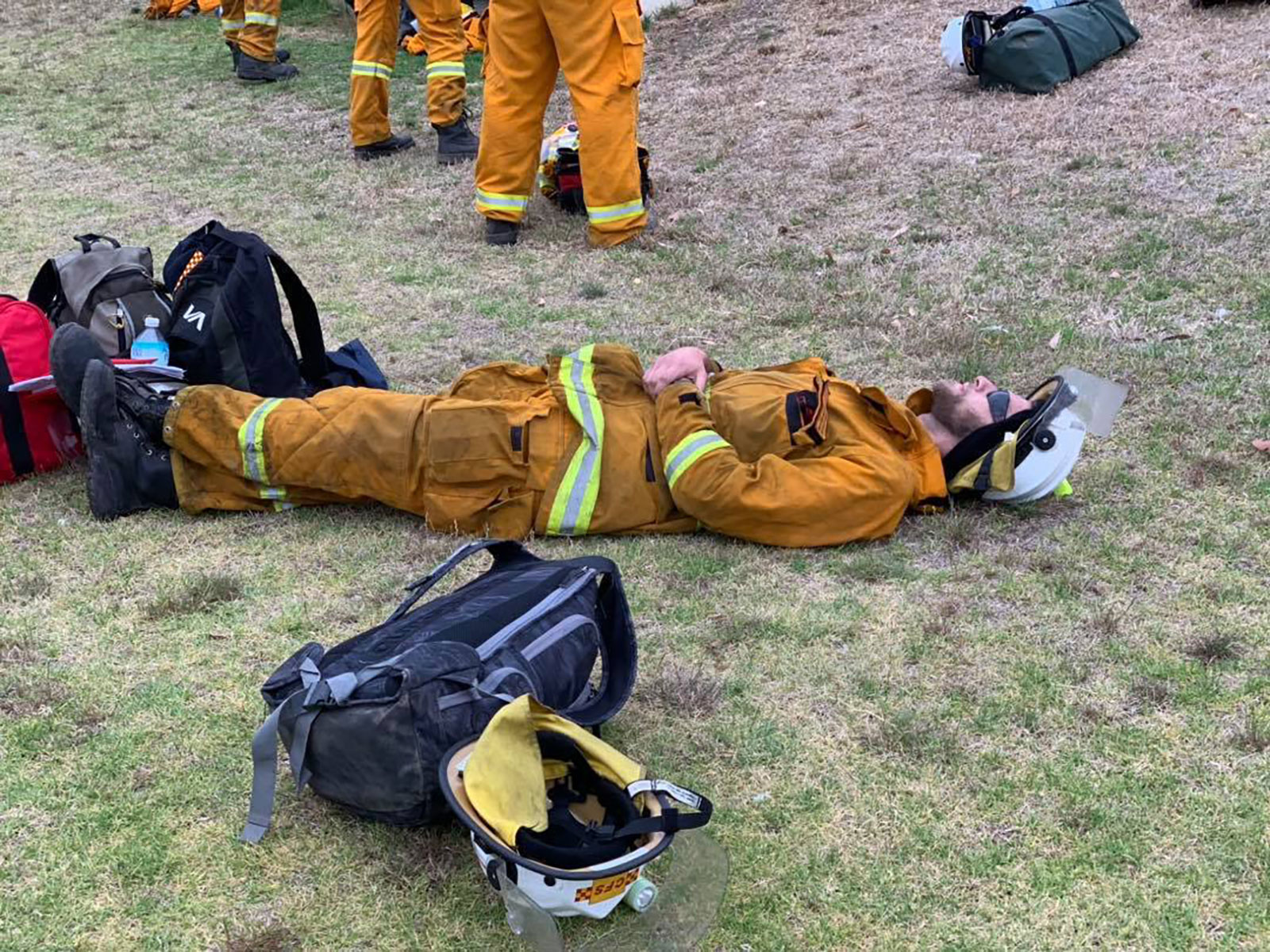