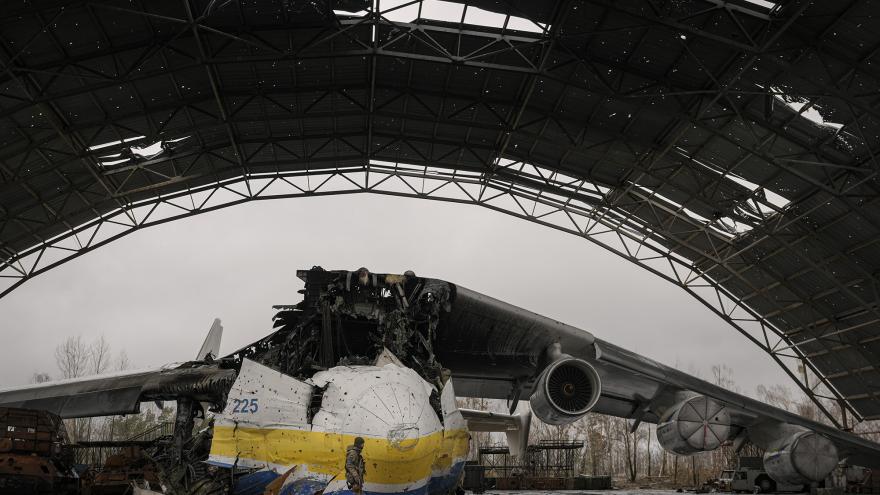 (CNN) -- Its fuselage is a charred and twisted gaping hole. Its gigantic wings are slumped to the ground, one of its engines burned and destroyed.

The huge train of tires on which the aircraft sits is still visible, as is the tattered nose cone, proudly bearing Ukrainian blue and yellow stripes and the "225" of its official designation.

But it's clear the world's largest commercial airplane, the Antonov AN-225, will never fly again.

The full extent of the damage to the aircraft, named "Mriya," or "dream" in Ukrainian, was seen by CNN journalists after Russian troops withdrew last week from Hostomel airfield outside Kyiv, which was among the first strategic targets of the invasion of Ukraine.

The jet plane lies crumpled and broken beneath the shattered arch of an aircraft hangar, where it had been awaiting maintenance at the time of the invasion.

Around it lies the detritus of war -- the airfield is littered with destroyed Russian hardware, including trucks, tanks, armored personnel carriers and spent munitions.

The AN-225's destruction was a symbolic loss in the early throes of conflict. The aircraft, originally built to support the 1980s Soviet space shuttle program, had been a symbol of pride for Ukraine.

It also sent shockwaves through the world of aviation. The aircraft had been celebrated as a marvel of modern aerial engineering, regularly attracting crowds both at air shows where it was the star attraction and during its day-to-day cargo missions around the world.

Immediately following reports of its demise, Ukrainian authorities vowed to rebuild the plane, saying Russia would be made to foot the $3 billion cost of reconstruction.

"Russia may have destroyed our 'Mriya'. But they will never be able to destroy our dream of a strong, free and democratic European state. We shall prevail!" wrote Ukrainian Foreign Minister Dmytro Kuleba on Twitter at the time.

Ukrainian forces have since taken control of the facility, claiming it as a significant victory over the Russians. At the weekend, CNN journalists toured the airfield with Ukrainian National Police.

It was not clear what caused the airplane's destruction -- whether it was an act of deliberate sabotage or collateral damage from the military offensive to take control of the airfield.

But despite the AN-255's dilapidated state, many soldiers were taking photographs of the aircraft, Mriya's symbolic status among Ukrainians clearly undiminished. 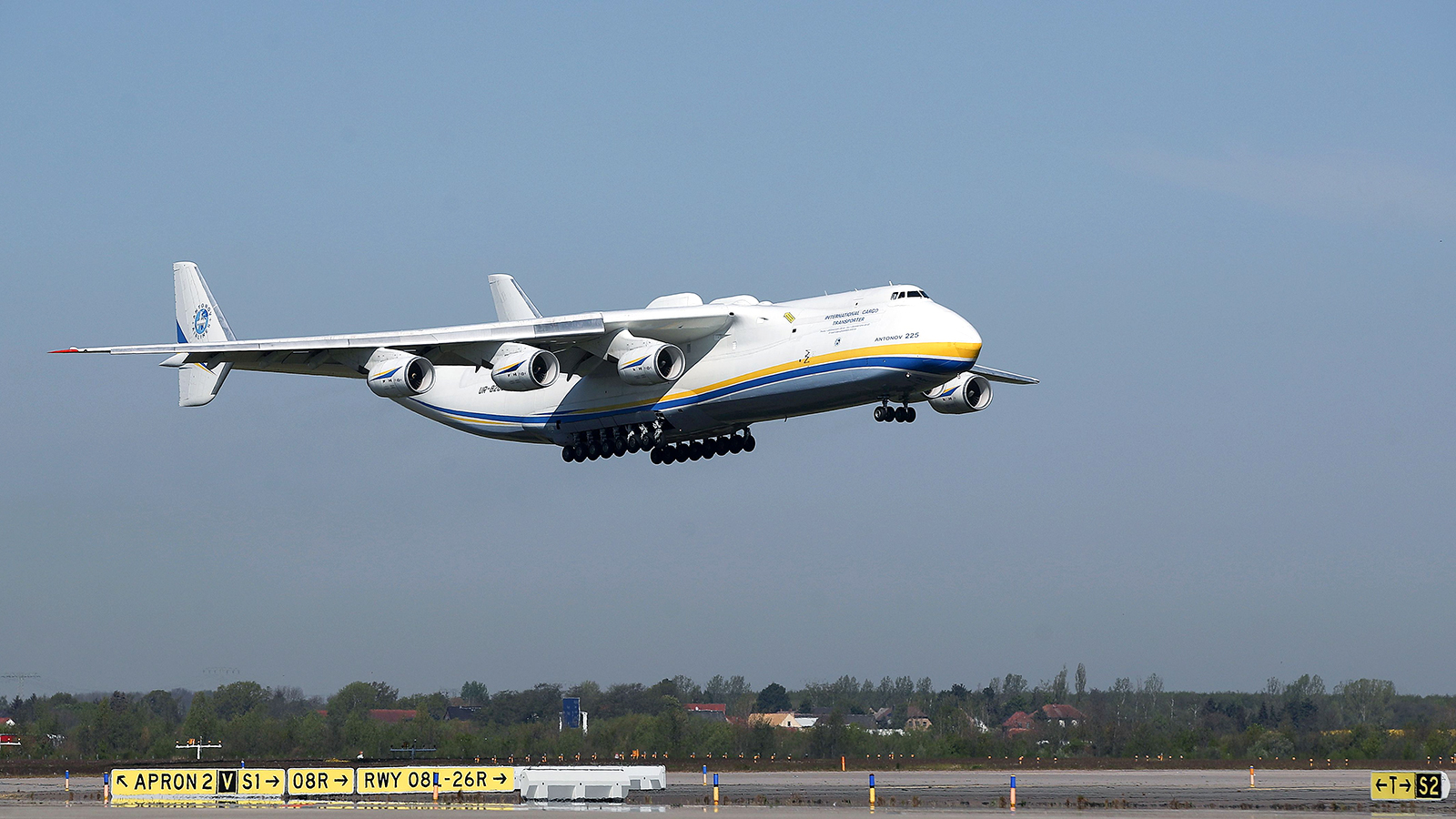