Photo of Detroit firefighters posing in front of burning house will be investigated, commissioner says 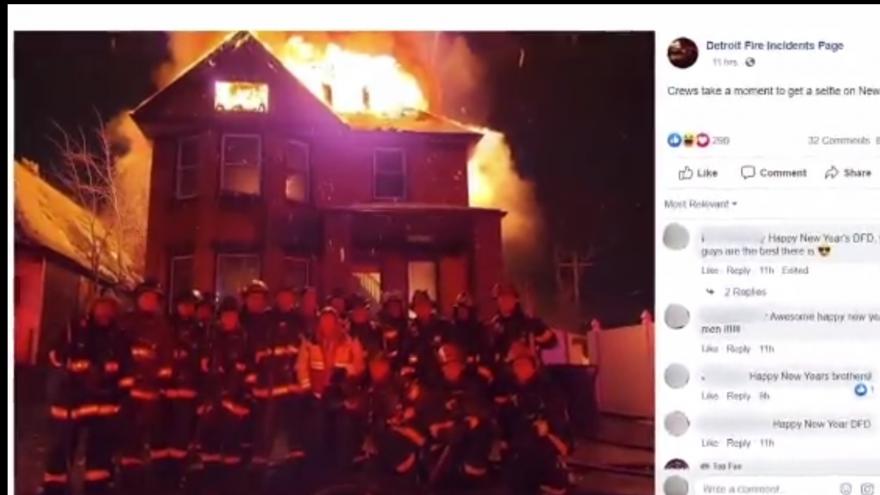 David Stern's death Wednesday brought a flood of tributes from NBA greats and others influenced by Stern the commissioner and Stern the man.

(CNN) -- Detroit Fire Commissioner Eric Jones said there will be an investigation into a photo of fire crews posing in front of a burning house.

"There are a lot of ways to celebrate a retirement. Taking a photo in front of a building fire is not one of them," Jones said in a statement provided to CNN.

The photo was originally posted on the Detroit Fire Incidents page on New Year's Eve, according to CNN affiliate WXYZ.

It was captioned "Crews take a moment to get a selfie on New Years!" but there is no indication of when the photo was taken.

Detroit Fire confirmed that the house seen ablaze in the photo was vacant at the time, as was the building next to it, according to the outlet.

If the photo is verified, disciplinary action will follow, Jones said in the statement.

The Detroit Fire Incidents page on Facebook posted that it removed the photo after receiving messages from firefighters worried about their jobs.