Philip Morris wants cigarettes banned in the UK by 2030 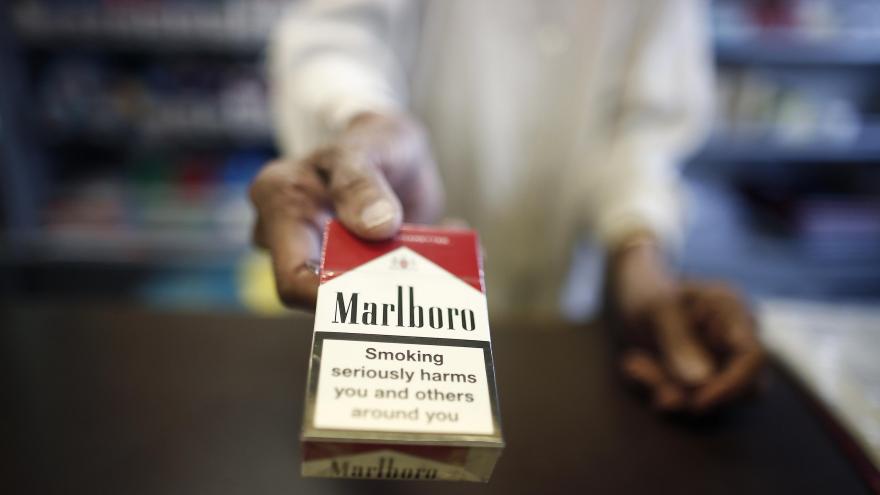 (CNN) -- Philip Morris International says it will stop selling Marlboro cigarettes in Britain within a decade as it called on the UK government to ban the sale of its tobacco products.

The remarks come amid dwindling smoker numbers in the United Kingdom — where cigarettes have been sold in plain packaging since 2016 — and a broader push by the UK government to reduce the prevalence of smoking.

Many investors have already stripped tobacco from their portfolios, and a growing number of financial institutions have pledged to implement tobacco-free policies.

Philip Morris International CEO Jacek Olczak told the Sunday Telegraph that the UK government should treat cigarettes like gasoline powered cars, the sale of which is due to be banned from 2030.

The company added in a statement Monday that it "can see a world without cigarettes."

"The sooner it happens, the better it is for everyone," said vice president of strategic and scientific communications Moira Gilchrist. "With the right measures in place, [Philip Morris] can stop selling cigarettes in the UK in 10 years' time," she added.

According to the World Health Organization, smoking — including inhaling smoke second-hand — kills more than 8 million people each year. That compares with about 4.1 million recorded Covid-19 deaths to date.

Philip Morris International, which was separated from New York-listed Altria in 2008, has invested $8 billion and hired dozens of scientists and technicians to develop lower-risk alternatives to cigarettes, including its flagship IQOS product, which heats rather than burns tobacco.

"Quitting is the best option, but for those who don't, science and technology has allowed companies like ours to create better alternatives to continued smoking," Gilchrist said. The company wants to generate more than 50% of net revenue from smoke-free products within four years, up from about a quarter currently.

Earlier this month, Phillip Morris International announced that it had agreed to a $1.2 billion deal to buy UK asthma inhaler maker Vectura. The tobacco company said in a statement that the transaction formed part of its "Beyond Nicotine" strategy.

Anti-tobacco activists on Monday voiced skepticism over the company's plans. Critics have long questioned how committed the tobacco industry is to change, given its past use of propaganda to protect its interests.

"Philip Morris has claimed that it wants to see the end of smoking for years now, but how can such claims be taken seriously from a company which sells more than one in ten cigarettes smoked worldwide?," Deborah Arnott, the CEO of UK public health charity Action on Smoking and Health said in a statement Monday.

She added that "fine words" are not the solution and that companies such as Philip Morris should fund government-backed campaigns to discourage smoking and help smokers quit.

The UK government announced its ambition in 2019 to end smoking in England by 2030. Last year it unveiled its "Roadmap to a Smokefree 2030," which includes a proposal to oblige tobacco manufacturers to fund support for smokers to quit.