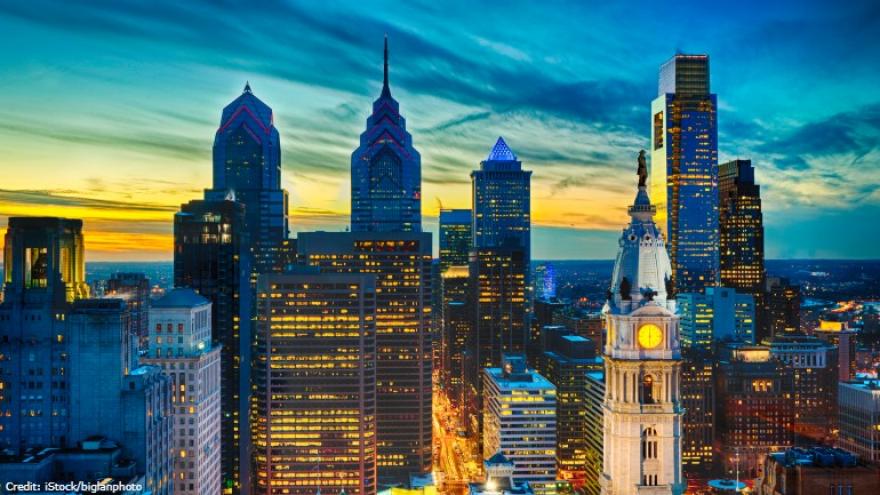 When Philadelphia's mayor signs landmark legislation as soon as this week, the city will become the first major US city to ban police from stopping drivers for low-level traffic violations -- stops that studies show target Black drivers at disproportionately higher rates.

(CNN) -- When Philadelphia's mayor signs landmark legislation as soon as this week, the city will become the first major US city to ban police from stopping drivers for low-level traffic violations -- stops that studies show target Black drivers at disproportionately higher rates.

The Driving Equality Bill, passed 14-2 by the city council on October 14, categorizes certain motor vehicle code violations as "primary violations," which allow officers to pull people over in the name of public safety, and "secondary violations" that don't meet the criteria for a lawful traffic stop, according to the office of Councilmember Isaiah Thomas, who authored the bill.

The bill will take effect 120 days after Philadelphia Mayor Jim Kenney signs it into law, which his office said he intends to do.

While Philadelphia is the largest city to ban such traffic stops, some local and state governments have also enacted similar policies.

In Minneapolis, Mayor Jacob Frey announced in August that the city's police officers will no longer conduct pretextual traffic stops for low-level offenses as part of his 2022 budget proposal. Officers are prohibited from making pretextual stops for "expired tabs, an item dangling from a mirror, or an expired license," according to a city news release.

In March, Virginia became the first state to prohibit these stops within three months of the bill's introduction. Law enforcement officers cannot lawfully stop motorists for driving without a light illuminating a license plate, without brake lights or a high mount stop light, and with certain sun-shading materials and tinting films, according to the legislation.

"The bill also provides that no law-enforcement officer may lawfully stop, search, or seize any person, place, or thing solely on the basis of the odor of marijuana," the Virginia bill states.

The police department is on board

Dennis Jay Kenney, a professor at John Jay College of Criminal Justice, told CNN that there are "risks in both directions" in allowing police to make traffic stops for minor violations and prohibiting them altogether.

"The danger of not eliminating them is that it drives a wedge between the public and the police," Kenney said. "If you're tired of driving while Black, you're less likely to cooperate during these stops."

"The risk in the other direction, in the case of traffic safety, is that we prohibit some behavior and require you to have taillights because it's safer, people can more readily stop behind you. So, by saying these violations no longer matter, then to the extent that they impact public safety, then public safety will be negatively impacted," Kenney added.

Kenney said Philadelphia has decided that pretextual stops are disruptive and the risk to the relationship between the police and the community "is greater than the likely pay off of getting a bad guy every now and then."

Once the Driving Equality Bill is signed into law, the Philadelphia police will work on directive amendments and necessary training. Max Weisman, a spokesperson for Councilmember Thomas, said the police department has exhibited support for the bill and has negotiated in "good faith."

The bill was informed by the development of the Bailey pilot program, a result of the 2011 settlement agreement of Bailey v. City of Philadelphia, which requires the police department to collect data on all stop-and-frisks and store it in an electronic database. The lawsuit alleged that thousands of people in Philadelphia are illegally stopped, frisked and detained by police officers.

Low-level offenses such as registration plate and bumper issues will now be categorized as secondary offenses, which bar officers from conducting traffic stops, unless there is an additional high-level safety violation, according to the Philadelphia police department.

'A traffic stop is a rite of passage'

Councilmember Thomas introduced the bill with nine cosponsors in October 2020, aiming to address "the tension between police and community members by removing negative interactions," according to his office.

"I am humbled by every person who told my office of the humiliation and trauma experienced in some of these traffic stops," Thomas said. "To many people who look like me, a traffic stop is a rite of passage -- we pick out cars, we determine routes, we plan our social interactions around the fact that it is likely that we will be pulled over by police."

The legislation is also part of a package including his companion bill that mandates a public, searchable database of traffic stops that will be published monthly. The police department will be required to compile digital records of which officers conduct traffic stops, who was stopped, the reason for the stop, and other data that will be included in the database.

The new legislation does not change the motor vehicle code that drivers are legally required to follow, but those who commit minor infractions now only receive a warning or citation by mail.

The bill only removes the enforcement mechanism of a traffic stop, according to Weisman. It designates seven secondary violations that prohibit traffic stops, including bumper issues, minor obstructions, broken lights, and a license plate that is not visible or clearly displayed.

Minor infractions such as broken taillights, the smell of marijuana, improperly displayed registration stickers or hanging items from a car's rearview mirror have been criticized as a pretext for racially motivated traffic stops.

Black drivers, which comprise 48% of Philadelphia's population, accounted for 72% of the nearly 310,000 traffic stops by police officers between October 2018 and September 2019, according to data from the Defender Association of Philadelphia. As of this year, Black drivers account for 67% of stops compared to just 12% of White drivers, the data shows.

Alan Tauber, the acting chief defender for the Defender Association for Philadelphia, said the legislation is a "great first step to building more trust between our police and communities of color," adding, "We're hopeful that passage of the Driving Equality Bill is just the beginning of informed and meaningful conversations about positive changes to our justice system that will benefit all Philadelphians."