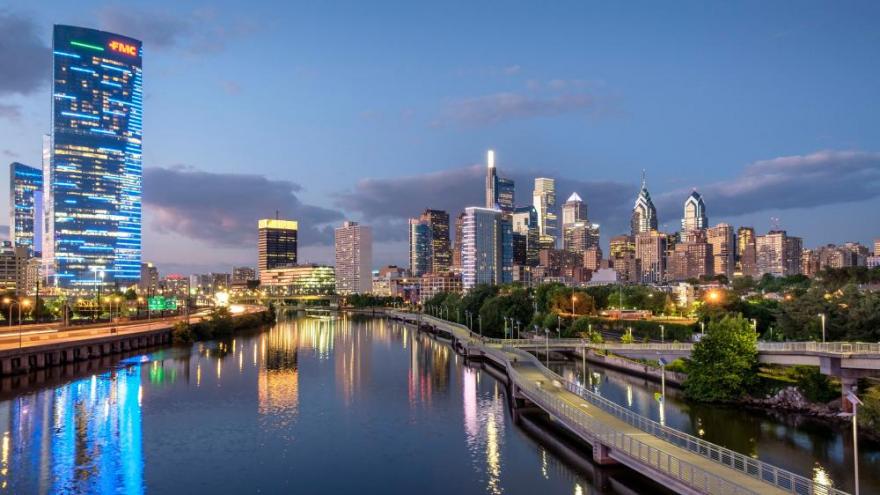 Philadelphia's skyline is seen on a summer night. Nearly twenty buildings in Philadelphia are dimming their lights this spring after thousands of birds perished in the city's largest mass collision in recent history.

(CNN) -- Nearly twenty buildings in Philadelphia are dimming their lights this spring after thousands of birds perished in the city's largest mass collision in recent history.

The voluntary measure has been coordinated by "Bird Safe Philly" and continues until May 30 with the purpose of sparing the lives of some of the 100 million birds passing over the City of Brotherly Love on their semiannual migrations.

To some, it might seem more intuitive to leave the lights on to help birds steer clear of buildings, but Robert Peck, a senior fellow at the Academy of Natural Sciences of Drexel University, explains most migrating fowl navigate by light; the sun, the moon and the stars.

Fog and rain, which are quite common in spring and autumn, force birds to fly at lower altitudes. When they see the bright city lights, they are often dazzled, disoriented and confused.

"Suddenly they have all these lights coming at them from different directions. It's overwhelming," Peck said. "They get turned around and they will fly into buildings and walls."

The Philadelphia buildings participating in these efforts have agreed to switch unnecessary lights off from 12:01 a.m. to 6 a.m., especially on higher floors, dimming lights in lobbies and atriums.

One catalyst for this year's effort was a mass collision event on October 2 of last year when thousands of birds perished after striking buildings in the city. Their deceased bodies "littering the sidewalks in downtown Philadelphia," said Peck.

"The ground was sprinkled with dead and dying birds," he said.

The effort to lower light pollution is also underway in 33 other US cities, but sadly it will hardly solve the peril faced by airborne fowl. Up to one billion birds die each year when they collide with human structures, according to a news release from "Lights Out Philly." The first bird death from a collision in Philadelphia was recorded in the 1890s, when the Academy of Natural Sciences started collecting "window kills."

"It's a tough trip for the birds either way so the last thing they need to do is encounter brightly lit buildings," notes Peck.