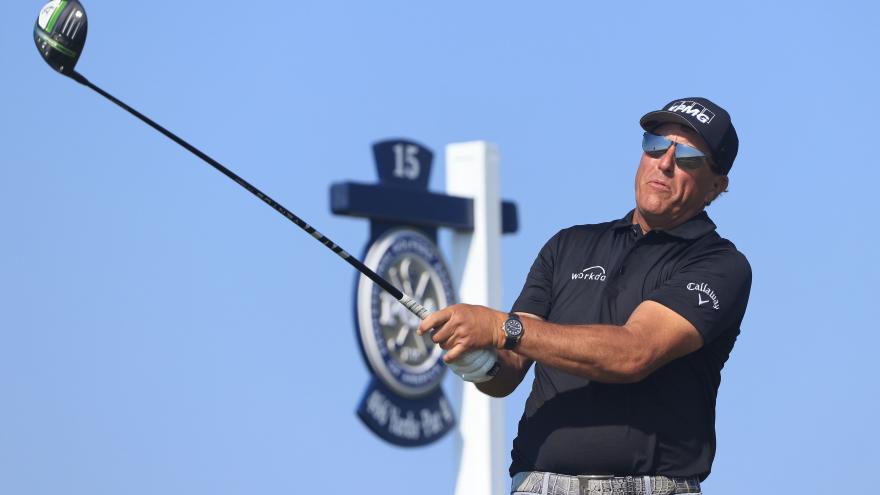 KIAWAH ISLAND, S.C. (AP) — Phil Mickelson has made history at the PGA Championship as the oldest, at 50, winner in major championship history.

Mickelson finished off his 73 with a simple par on the 72nd hole to the wild cheers of fans at the Ocean Course.

Mickelson raised his arms in triumph and hugged his caddie, his brother Tim, for his sixth career major and second PGA win joining his Wanamaker Trophy from Baltusrol in 2005.

Mickelson broke the previous mark for oldest player that was held by 48-year-old Julius Boros in winning the 1968 PGA Championship.

Louis Oosthuizen and Brooks Koepka tied for second. Oosthuizen had a 73 and Koepka, who held the lead after the first hole, finished with a 74.