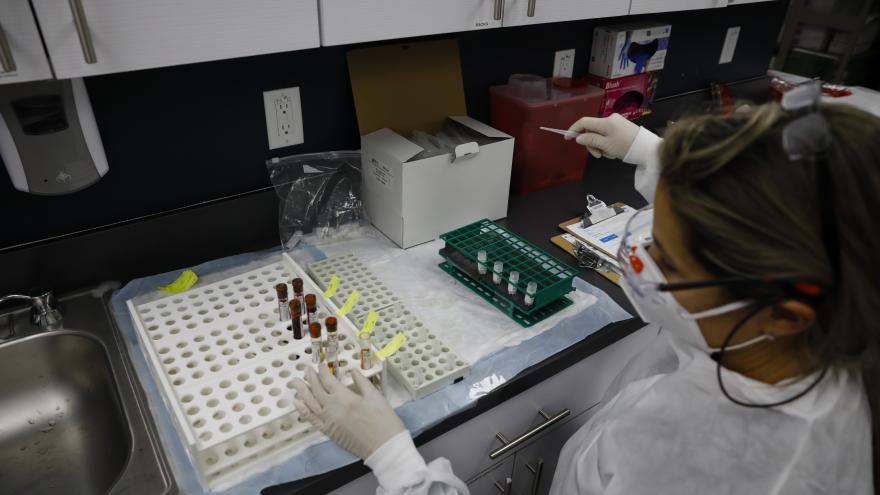 (CNN) -- The Covid-19 vaccine Pfizer is developing with Germany's BioNTech will probably not be available for emergency use until after the US presidential election, the company said Friday.

In an open letter published on the company's web site, Pfizer chairman and CEO Albert Bourla said that there must be certainty that the vaccine is safe and will satisfy regulators' standards.

Bourla noted the Food and Drug Administration is asking for two months of data on half of the participants in a vaccine trial following the final dose of a vaccine before it would grant Emergency Use Authorization in the US.

"Based on our current trial enrollment and dosing pace, we estimate we will reach this milestone in the third week of November," Bourla wrote.

That's later than what BioNTech CEO and co-founder Ugur Sahin told CNN in September. In an exclusive interview, Sahin said the vaccine could be approved by the middle of October or early November.

Investors appeared to brush off Pfizer's more conservative timeline, though. Shares of Pfizer, which was booted from the Dow earlier this year, rose more than 2% Friday. So did shares of BioNTech.

Although Bourla dashed hopes that a vaccine would be approved and ready this month, he still sounded optimistic about the progress in the trial.

"We are operating at the speed of science. This means we may know whether or not our vaccine is effective by the end of October," Bourla wrote.

That said, developing a viable vaccine may prove to be more difficult than originally thought -- and it's clear that Big Pharma firms and biotechs (not to mention regulators) will proceed with caution -- despite pressure from President Trump to work faster.

Vaccine trials from both Johnson & Johnson and AstraZeneca have been paused. And Eli Lilly, the maker of an antibody cocktail touted by President Trump after he was diagnosed with and treated for Covid-19, said it was halting a clinical trial, too.

Shares of Eli Lilly and Regeneron, which makes another treatment that Trump received while he was hospitalized at Walter Reed Medical Center, surged following the President's endorsement.

Both Lilly and Regeneron have also filed with the FDA asking for emergency-use approval for their treatments. But experts are quick to point out that these are not preventive vaccines -- despite false claims from Trump that they are a "cure."