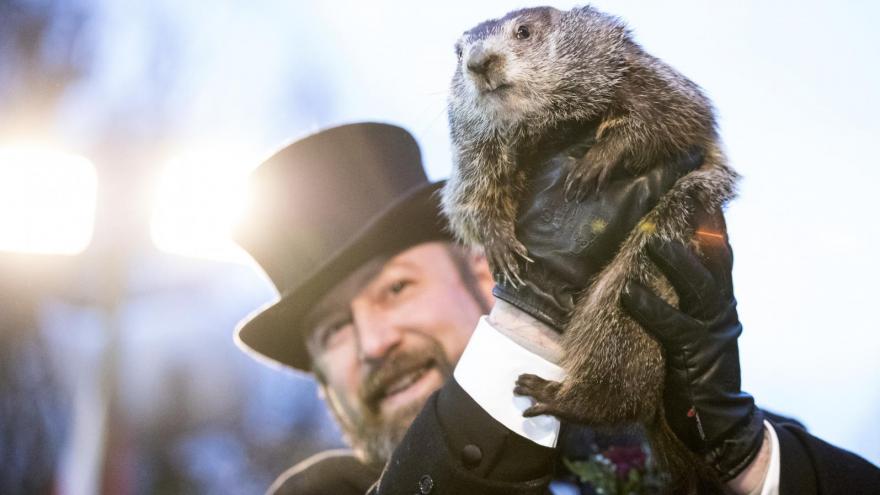 PETA is calling on the Punxsutawney Groundhog Club to let Phil retire -- and to be replaced by an animatronic groundhog.

(CNN) -- The robots are coming for Punxsutawney Phil's job, too.

People for the Ethical Treatment of Animals is calling on the keepers of the weather-forecasting groundhog to let him retire -- and to be replaced by an animatronic groundhog.

PETA wrote in a letter to the Punxsutawney Groundhog Club on Monday that it was time for the beloved tradition to change.

Every February 2, Phil gets dragged out of his hole and held up to flashing lights and crowds in what is a highly stressful experience for him, PETA said. And his current accommodations don't allow him to dig, burrow or forage like non-famous groundhogs naturally do.

"It's no kind of life for these animals," PETA president Ingrid Newkirk wrote.

The Punxsutawney Groundhog Club could not be immediately reached for comment.

Phil lives in a man-made, climate-controlled and light-regulated zoo, according to the Punxsutawney Groundhog Club's website. That zoo is connected with local attractions including a park, square and library in the town of Punxsutawney, in western Pennsylvania.

PETA suggests that instead, the Punxsutawney Groundhog Club get hip to existing technologies and create a groundhog with artificial intelligence that could reliably predict the weather.

"An AI Phil would renew interest in Punxsutawney, generating a great deal of buzz, much like Sony's robot dog 'aibo,' which walks, plays, misbehaves, and responds to commands," the letter reads.

"By creating an AI Phil, you could keep Punxsutawney at the center of Groundhog Day but in a much more progressive way. Talk about taking your town's annual tradition in a fresh and innovative direction!"

The animal rights organization also made a dig at the time-honored tradition of having Phil check for his shadow, which draws thousands of people to Gobbler's Knob each year.

"Today's young people are born into a world of terabytes, and to them, watching a nocturnal rodent being pulled from a fake hole isn't even worthy of a text message," the letter reads. "Ignoring the nation's fast-changing demographics might well prove the end of Groundhog Day."