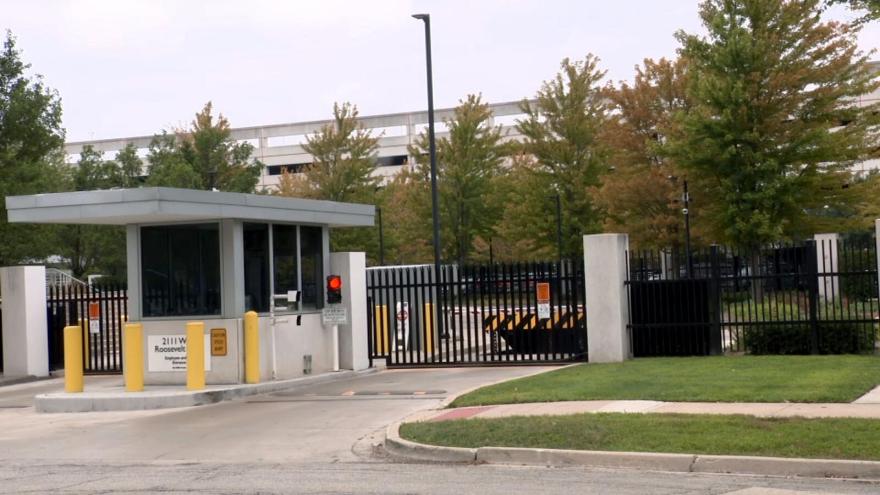 The outside of the FBI's Chicago field office, where the agency said a "security incident" occurred Thursday, August 25.

(CNN) -- A person accused of jumping the fence and throwing rocks at the FBI field office in Chicago has been taken to a hospital for evaluation, a spokesperson for the Homeland Security agency that protects federal buildings told CNN Thursday.

"FPS detained the individual and Chicago PD have taken the individual to a local hospital for evaluation," a Federal Protective Service spokesperson said in a statement.

A federal law enforcement source told CNN the FBI is investigating the incident.

The bureau did not provide information on a possible motive. "The FBI Chicago facility remains secure, and there are no reported injuries or known threats to the public at this time," FBI spokesperson Siobhan Johnson told CNN.

The Chicago Police Department confirmed the individual was taken to a hospital. Police were called to the facility about 11 a.m., the department said.

The FBI, along with the Department of Homeland Security, recently issued a joint intelligence bulletin warning of "violent threats" against federal law enforcement, courts and government personnel and facilities. A law enforcement source told CNN earlier this month the FBI is investigating an "unprecedented" number of threats against bureau personnel and property.

The information came days after a man who was believed to be armed with an AR-15-style rifle and a nail gun tried to breach the FBI's Cincinnati field office. He was killed hours later after a vehicle chase and standoff with authorities.

Investigators said the man had been threatening federal agents on the social media site Gab for months. Agents weren't alerted to the posts until after the search at Mar-a-Lago.

The FBI Security Division in Washington has notified the bureau's more than 38,000 employees nationwide to remain vigilant when operating in and around bureau facilities, two federal law enforcement sources have told CNN.