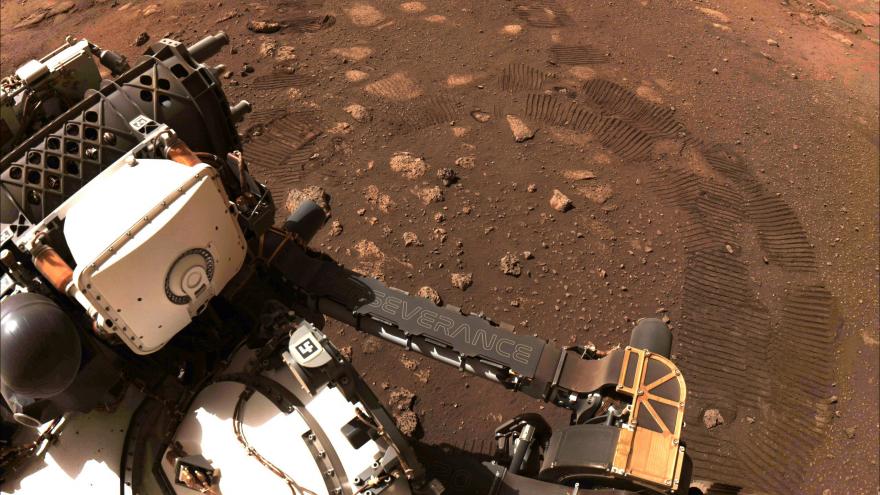 (CNN) -- The Perseverance rover may be parked at an overlook to capture any flights by the Ingenuity helicopter over the next two weeks, but it's not wasting any of its time on Mars.

The rover on Tuesday successfully converted some of the plentiful carbon dioxide on Mars into oxygen as a first test of its MOXIE instrument. The name MOXIE is short for Mars Oxygen In-Situ Resource Utilization Experiment.

After warming up for about two hours, MOXIE produced 5.4 grams of oxygen. This is enough to sustain an astronaut for about 10 minutes.

The instrument is about the size of a toaster, and it's a technology demonstration installed on the rover. If this experiment is successful, it could assist with human exploration of Mars in the future.

The thin Martian atmosphere is 96% carbon dioxide, which isn't much help to oxygen-breathing humans.

Something that can convert that carbon dioxide into oxygen efficientlycould help in more ways than one. Bigger and better versions of something like MOXIE in the future could convert and store oxygen needed for rocket fuel, as well as supply life support systems with breathable air.

The instrument works by dividing up carbon dioxide molecules, which include one carbon atom and two oxygen atoms. It separates out the oxygen molecules and emits carbon monoxide as a waste product.

Heat-tolerant materials, like a coating of gold and aerogel, were used to make the instrument since this conversion process requires temperatures reaching 1,470 degrees Fahrenheit. These materials keep the heat from radiating out and damaging any aspect of the rover.

"This is a critical first step at converting carbon dioxide to oxygen on Mars," said Jim Reuter, associate administrator for NASA's Space Technology Mission Directorate, in a statement.

"MOXIE has more work to do, but the results from this technology demonstration are full of promise as we move toward our goal of one day seeing humans on Mars. Oxygen isn't just the stuff we breathe. Rocket propellant depends on oxygen, and future explorers will depend on producing propellant on Mars to make the trip home."

"The astronauts who spend a year on the surface will maybe use one metric ton between them," said Michael Hecht, principal investigator for MOXIE at the Massachusetts Institute of Technology's Haystack Observatory, in a statement.

Transporting that much oxygen from Earth to Mars would be incredibly difficult and expensive and would mean less room on the spacecraft for other necessities.

However, an oxygen converter weighing about 1 ton -- a large, powerful future generation of MOXIE -- could produce the required oxygen.

For future tests, MOXIE likely will generate up to 10 grams of oxygen per hour. The instrument will run tests about nine more times over the next two years, and the research team will use data to design future generations of MOXIE.

Much like the objectives set forthe Ingenuity helicopter, which is also a technology demonstration, the goal is forMOXIE to push the limits of the instrument.

During the first phase, the team will evaluate how the instrument is functioning. A second phase will test MOXIE under different conditions, such as time of day or varying seasons. And during the third and final phase, "we'll push the envelope" -- trying new operating modes, or introducing "new wrinkles, such as a run where we compare operations at three or more different temperatures," Hecht said. 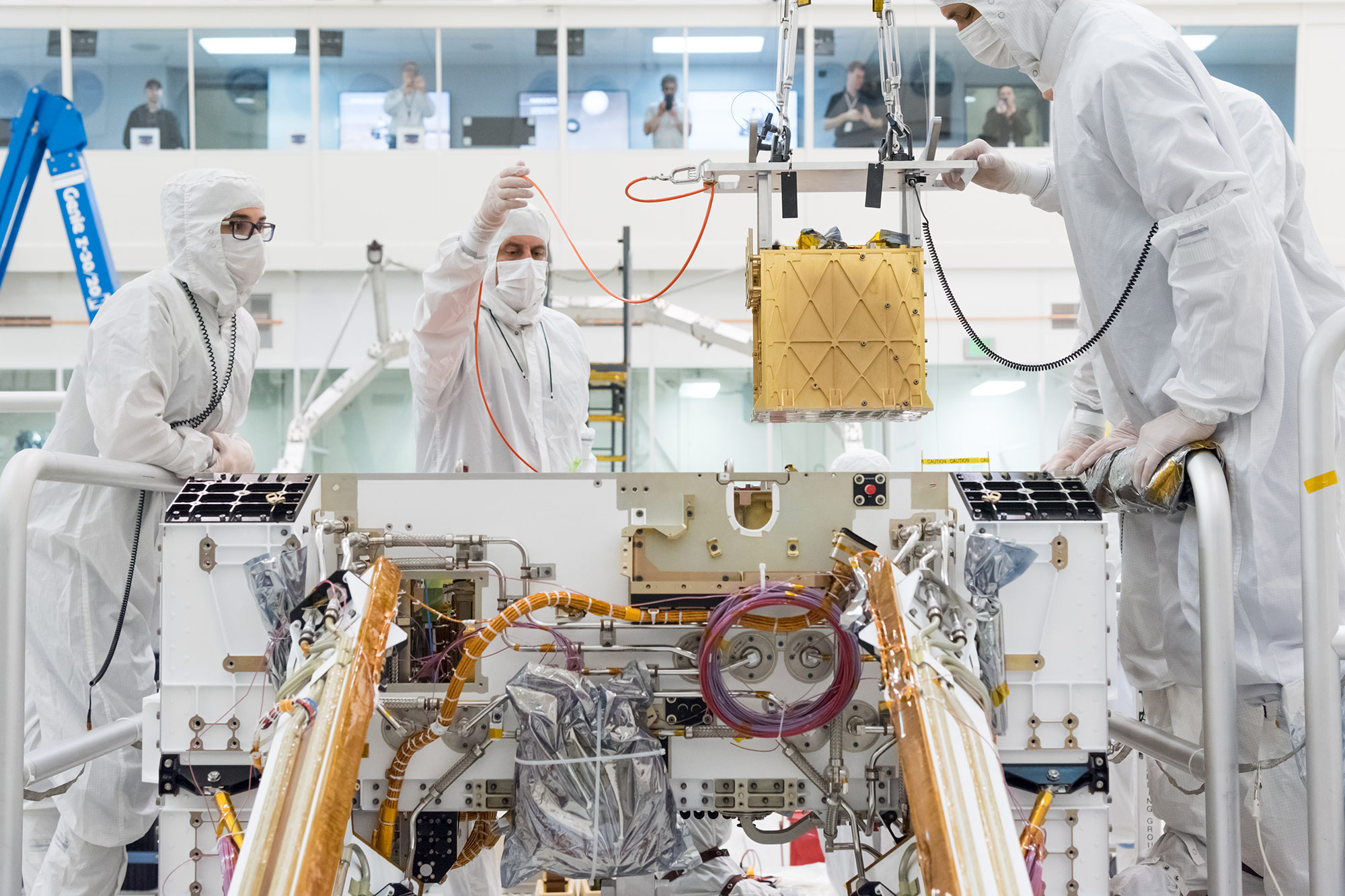 Technology like MOXIE could help future astronauts essentially live off the land and utilize the resources of their surroundings.

"It's taking regolith, the substance you find on the ground, and putting it through a processing plant, making it into a large structure, or taking carbon dioxide -- the bulk of the atmosphere -- and converting it into oxygen. This process allows us to convert these abundant materials into useable things: propellant, breathable air, or, combined with hydrogen, water."

The positive results of this first test takes Mars missions one step closer to landing humans on the red planet.