Pepsi's newest flavor has Peeps in it 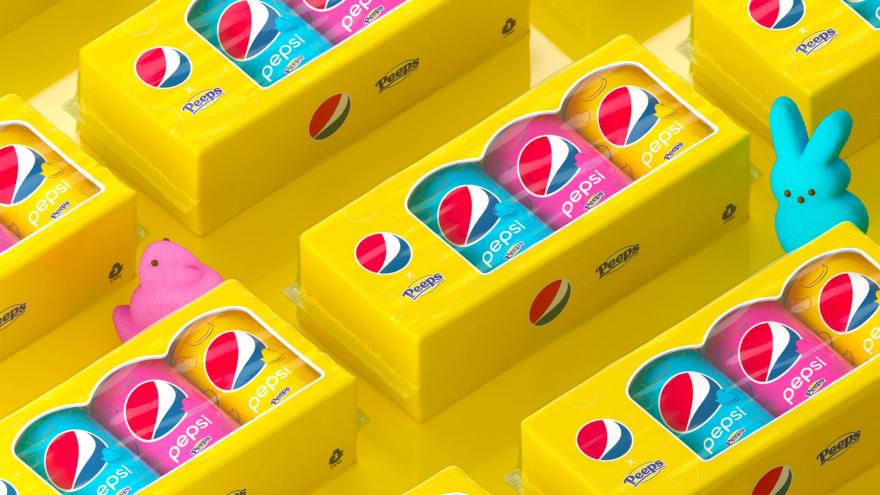 (CNN) -- Good news, Peeps fans! Not only will Peeps be back on store shelves in time for Easter, but they'll come in a new form too.

Pepsi and Peeps are collaborating on a new drink that combines the two extra-sweet flavors, the companies announced Thursday. The new cola, dubbed "Pepsi x Peeps," mixes the taste of a Pepsi with the "pillowy-soft and sweet" marshmallow flavor of Peeps. That makes it the "ideal accessory and thirst quencher for springtime," according to the companies.

It's the first time Pepsi has used marshmallow in its cola. Pepsi often uses seasonal flavors to generate excitement for its brand. Last winter, the brand released hot chocolate and apple pie-flavored Pepsi drinks to celebrate the holidays.

However, Peeps fans might be disappointed they can't buy the new flavor.

Instead, Pepsi is giving away 3,000 packages through its #HangingWithMyPEEPS contest. Each winner, which uses that hashtag and tags Pepsi on Instagram and Twitter showing their spring celebrations, will receive a package containing three 7.5-ounce mini-cans in bright yellow, pink and blue colors.

Pepsi approached Peeps about collaborating for a spring-inspired flavored, according to Todd Kaplan, vice president of marketing of Pepsi, told CNN Business. He said the combination was aimed at providing a "moment of joy" after the past tough year.

"Taste is really important to customers," he said. "They want sweet and they want to connect to things emotionally. Peeps has its own subculture we wanted to tap into."

Peeps has been the No. 1 non-chocolate candy brand sold around Eater for more than 20 years, according to owner Just Born Quality Confections. About 2 billion Peeps are produced annually.

Kaplan said that it could eventually be sold publicly if there's demand for it. For now, it's emulating the "drop culture" (a.k.a. a limited release of merchandise) commonly used by sneakers and even McDonald's to excite fans of the two brands.

"These limited time offers is a way to engage our core fans and give them fun things to embrace," Kaplan said.