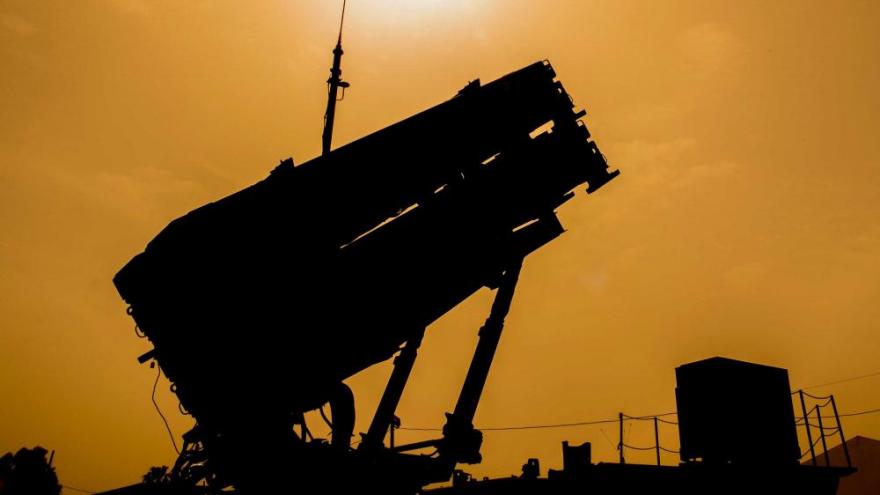 (CNN) -- The Pentagon is pulling missile defense systems and other military hardware and personnel from Saudi Arabia and other countries in the Middle East, according to a defense official, as it realigns its mission and forces to confront China and Russia.

Defense Secretary Lloyd Austin instructed the commander of US Central Command, which oversees the region, to remove the forces this summer.

Some of the military capabilities and platforms will be returned to the United States for much needed maintenance and repair, said Pentagon spokeswoman Cmdr. Jessica McNulty, while other assets will be redeployed to other regions.

"This decision was made in close coordination with host nations and with a clear eye on preserving our ability to meet our security commitments. It's about maintaining some of our high demand, low density assets so they are ready for future requirements in the event of a contingency," McNulty said in a statement, adding that the Pentagon would not disclose where the military assets would be going or when.

The Wall Street Journal was first to report the troop movements.

The US bolstered its military footprint in Saudi Arabia following a September 2019 attack on the country's oil facilities, attributed to Iran, that disrupted the global oil supply. In the wake of the attack, the US sent thousands of troops into the country, as well as two Patriot missile batteries and one Terminal High Altitude Air Defense (THAAD) system.

The US also sent Patriot missile batteries into Iraq to defend US forces following the killing of Qasem Soleimani and the subsequent threats from Iran.

The withdrawal of forces from the Middle East would primarily affect these and other air defense assets, the statement said, including Patriot missile batteries. The US had deployed Patriot missiles to Saudi Arabia and Iraq to counter the threat posed by Iran and its proxies in the region, including in Iraq and Yemen. Patriot missiles are effective at intercepting ballistic missiles, including the type of short-range ballistic missiles that have been fired from Yemen in recent years. But the missiles are far less effective at detecting and intercepting drones and cruise missiles flying at low altitudes.

The removal of forces from Saudi Arabia and neighboring countries comes as part of a broader drawdown in the region. The US is set to complete the withdrawal of all forces from Afghanistan before the September 11 deadline. Less than 1,500 troops remain in the country. Under the Trump administration, the number of US troops in Iraq was reduced to 2,500.

The change reflects a broad shift within the Defense Department to focus its efforts on countering China and Russia as the threats of the future, moving away from the wars of the past in the Middle East.

Austin is nearing the completion of a global review of US forces. Underpinning the review is the assessment that China is the "pacing challenge" to the United States military. The Pentagon's China Task Force recently completed its work and submitted its recommendations, which will influence US strategy moving forward, including the global posture review.

"These initiatives, some of which will remain classified, are designed to focus departmental processes and procedures and better help department leaders contribute to whole of government efforts to address the challenge of China," Pentagon spokesman John Kirby said last week at a press briefing.