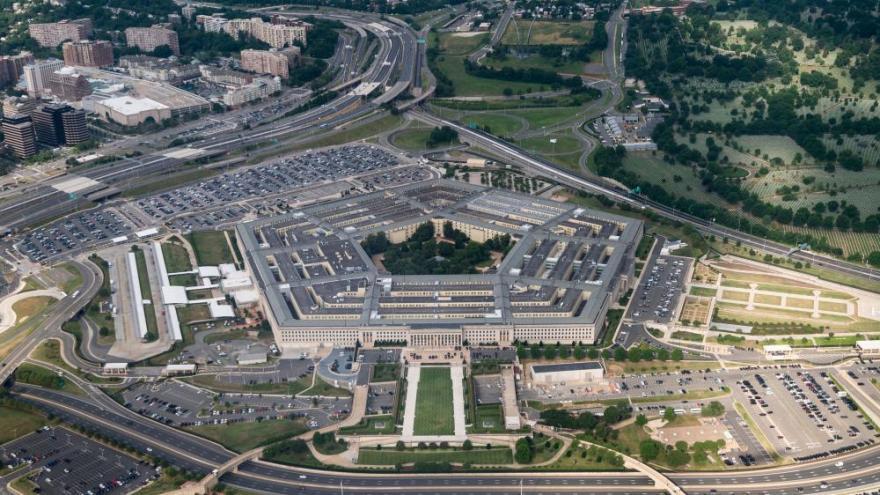 (CNN) -- The Department of Defense is increasing its efforts to find and eliminate extremism within its ranks, particularly among those who espouse White supremacist beliefs, according to two senior defense officials who wanted to underscore the message that the military will not tolerate extremism within the services.

The effort, which started long before the riots of last week, has taken on increased urgency after a violent mob of President Donald Trump supporters stormed the US Capitol in an assault that left five dead, including a Capitol Police officer. CNN has reported that the mob included veterans and Thursday's briefing comes two days after an extraordinary intervention from the country's most senior generals, who issued a statement reminding service members of their obligation to support and defend the Constitution and reject extremism.

Extremist groups, including White supremacists, place a premium on recruiting current and former members of the military, a senior defense official said, while also trying to get their group's extremist members into the armed forces. The groups want the experience and expertise of the military.

"We know that some groups attempt to actively recruit our personnel into their cause, or actually encourage their members to join the military for purposes of acquiring skills and experience," the senior defense official said. "We recognize those skills are prized by some of these groups not only for the capability it offers them, but it also brings legitimacy to them in their mind for their cause."

The Department of Defense has observed an increase in White supremacist beliefs among active-duty service members and veterans, a senior defense official said, partly because of the growing prevalence of these beliefs in the country but also because of increased efforts to find and track extremism within the ranks.

"We clearly recognize the threat from domestic extremists, particularly those who espouse White supremacy or White nationalist ideologies," the official said.

"We cannot let these things fester within organizations and become OK. Once that happens, then your reporting does suffer. So our emphasis within all the ranks is that it is not OK," the official added.

The officials were not able to immediately provide data on the number of service members who are facing disciplinary action for supporting extremist beliefs or how many military applicants are screened out because of a connection to extremism.

The Department of Defense is also reviewing its current policies, laws and regulations regarding extremism to better prohibit and prevent service members from becoming associated with extremist ideologies. A report is due by the end of March. The review was initiated before the storming of the Capitol on January 6.

The general counsel at the Department of Defense is also working on drafting legislation that would update the Uniform Code of Military Justice to address extremism and extremist activity within the military.