Pentagon considering banning recruits who have been hospitalized by coronavirus 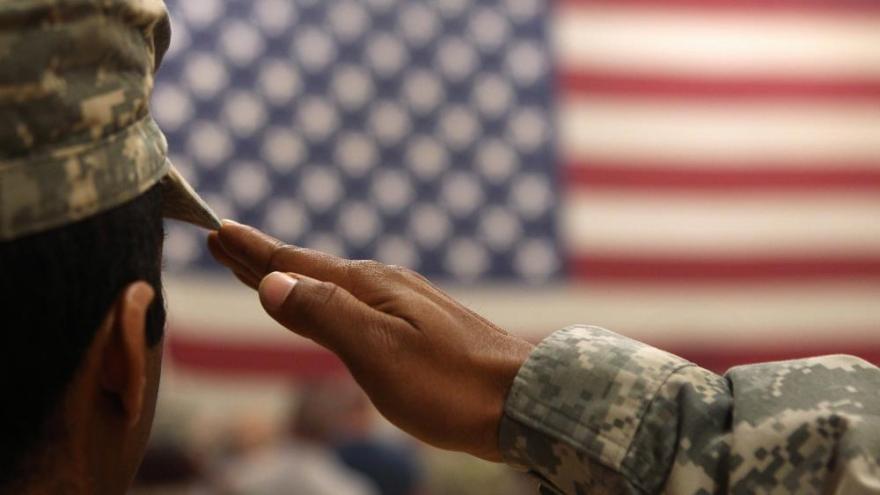 The Pentagon is considering banning new recruits from joining the military if they have been hospitalized for the coronavirus unless they get a waiver from the service they want to sign up with, according to a defense official.

(CNN) -- The Pentagon is considering banning new recruits from joining the military if they have been hospitalized for the coronavirus unless they get a waiver from the service they want to sign up with, according to a defense official.

The official said the guidance is being put in place because there is little understanding of the "long-term" effects of the virus and there is a concern that potential recruits who have been hospitalized may need further medical assessments.

The new policy is being finalized to set medical restrictions on recruits who may have tested positive or have been treated for Covid-19. Department of Defense medical waivers are required for a wide variety of medical conditions ranging from heart disease to a loss of vision.

The Military Times was first to report the news.

Months into the pandemic, the virus is posing significant medical challenges to the military on several fronts.

There is a particular concern over whether a sufficient number of recruits will be able to join before a rigorous enough testing regime is in place to ensure they are healthy enough to enter training.

The fact that sailors on the USS Theodore Roosevelt are still testing positive weeks after the coronavirus outbreak on the ship is underlining the need to solve the medical mystery of why some people carry the virus but have no symptoms and may continue to test negative, according to several Navy officials.

It's a priority for the military which lives and operates in close quarters, and especially for sailors on ships at sea for months. The Pentagon recognizes it's crucial to ensure that testing for virus is accurate enough that units can safely deploy.

Defense Secretary Mark Esper said at the Pentagon Tuesday that the department would randomly test groups of people "to understand how many asymptomatic or carriers are maybe out there."

The focus of attention is on trying to understand how much of the force may be asymptomatic but still have the virus.

"One of the challenges that we know is asymptomatic transmission of the disease. It's something we have known for quite a while but what we didn't really appreciate until the TR was the fact we are experiencing very high rates in the military," Esper said during an online Brookings Institution event on Monday.

The Navy calculates asymptomatic rates among the Roosevelt crew may have reached 60% or greater initially. Seventeen sailors that had tested negative while they were sequestered off the ship for 14 days are now being tested again after three of them tested positive even though they had no symptoms, according to a navy official.